People may assume we’re all country boys and girls playing basketball in our fields of wheat, but us KU Students know better!

They have like every cereal you would want and some you wouldn’t! “Shredded Wheat”? What’s that even mean?

The haunting Rock Chalk Chant, the newspaper confetti toss, Connor Teahan descending from the rafters wearing a bedsheet stained with so many opposing coaches’ blood, it’s all a part of the tradition.

How can one building have so many and so few bathrooms at one time? Astounding.

Just, they’re here, here they are, and they have things to speak

You see people swimming in it ever? That’s weird, huh?

Do other schools have a hill? Is this the only one? I don’t know but I gotta write 70 more of these

7. Buying Six Chicken Sandwiches from the Chik-Fil-A in the Wescoe Underground at once

“That’s too many” they say as you chomp into all six delicious White Meat patties at once. “You still owe $26 and that doesn’t even count your 3 Diet Sprites.”

Clark takes up six bus seats and plays Tears for Fears’ “Head Over Heels” repeatedly on Two Violas every Monday from 2:30 PM to 6:00 PM on the 43 line. Classic Clark

I’ve never been inside but it seems nice 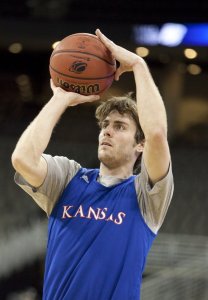 12. The dirt path between Dole and Mallott

I know he isn’t dead but that’s the weird thing. Why do I keep waking up to him telling me about how he beat McEnroe? I just want to sleep, Bjorn

It happens every September, KU’s best and brightest come to Wescoe 4032 to debate on morality on campus. Previous year’s themes have included “Do we need ‘Freshman Punching Day’ and ‘how much Nesquik is too much for the annual Nesquik-bath?”

Ol’ Dumbass Steve can’t get a break can he? He’s got like 27 nails in his feet and is always wearing JNCOs.

Ah yes, the night before class starts when we summon our lord and savior Paul Rudd to plant the first sword into the perfect sheep and begin the school year

Installed in 1994 to fit the needs of Non-Traditional school years. Less blood is shed but yet there’s more crying

“What are the guys from Blues Traveler doing here? Haha, weird!” That’s what we thought in October 2012. They’re still here and won’t leave, someone help.

19. Speaking in tongues to the Panda Express clerk

If you get the right one and recite “The Trinity Diagram” manuscript backwards, you’ll get 2 free egg rolls

$2000 dollars for the first person to complete the funniest run in town, stretching from 6th Street to 23rd Street down Iowa. Averages 2300 casualties per year

21. The Coldstone Creamery on Mass Street that is Constantly Burning

Nobody knows who set the fire, and no amount of water nor sand nor cold can relinquish it. It is the eternal flame of the city of Lawrence and the University of Kansas and when it does extinguish we shall all fall victim to the end of time. Pray that Coldstone burns for eternity.

Every January students line up at the Oread to begin the Jayhawk Boulevard stampede, where, after a 30 second head start, 12 Oxen are released to chase the terrified students down. Those left untrampled will win 70% off any used textbook. This is the traditional beginning of every school year

You can get these 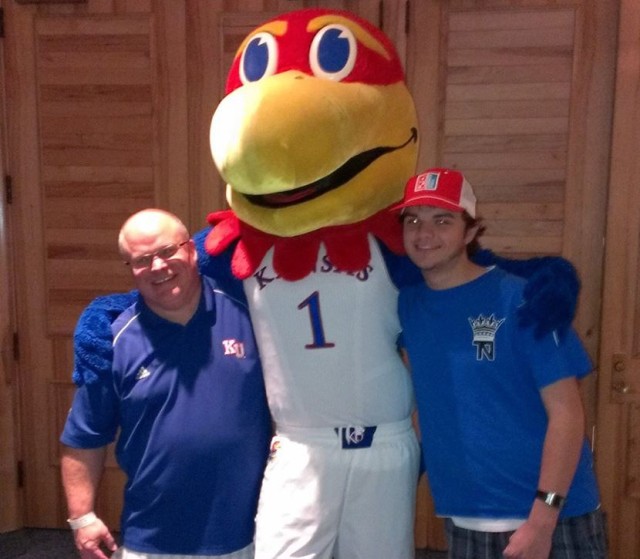 Every year on October 13th, Raef LaFrentz returns from wherever he is to just steal from everyone. Nobody knows why. I lost a tape deck and a bottle of Mountain Dew Code Red to him in 2014

Clarkson Hall, the Computer Design building, only appears when you need it most. Those who have been inside tell amazing stories, yet no details of them can be written.

Hey get down Elf, you’re not welcome in this establishment

27. The Old Chicago that is still definitely in town

This Goblin appears in front of the Wendy’s on 23rd and sells the greatest hot dogs you’ve ever tasted and all you have to give him is your soul. It’s like an eight month process where you convert to like 4 religions to get your soul back but it’s worth it.

29. Saying The Secret Words to get the Beans back from Charlie Weis

Charlie will steal your beans every once in a while. If you want them back just say “Do you know Jon Bon Jovi” and you’ll get them back.

STAY INSIDE FRESHMEN WHATEVER YOU DO. WE REALLY NEED TO STOP THIS DAY BECAUSE IT IS CONSTANT TERROR

31. Arguing with someone from Austin or Memphis or St. Louis about Barbecue sauce

I had no idea that a man’s eyes could stay open that long. Dear god, he stared into my soul and never let go of it.

It’s a whole stand full of burgers. Don’t ask for the Blood Burger. 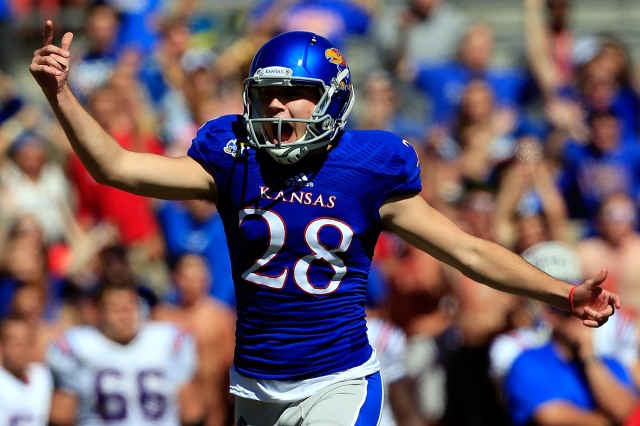 Some say it was written by the king of All Times, some say it contains the formula to save us all, some say reading it will destroy human life as we know it.

It comes every Thursday night at 3:30 AM to answer questions and solicit cash. Bring him an empty urn and sources say he will fill it with sea salt

Finding any one of these statues yields great wisdom. They are stashed in many places on campus and finding all 28, according to legend, will ascend the recipient to the highest plane of existence. This is no easy task, as the most ever found by one student is rumored to be only 25. The student graduated in six years and only appeared as a ray of light to 80% of the population by the end of their career.

Ol’ Paul shows up every once in a while and sings us a few songs and makes a few crafts for the populace. He never announces it but rarely does anyone show up.

It’s a franchised DQ so sometimes they do some special Lawrentian fares like Blood. For $1.25 a cup you can get Blood! Don’t ask where it’s from.

Located on some street, you’ll hear at least 35 Freshmen talk about The Fox House per day. Parties happen there?

68. The Oscar Night Burning of At Least One House

Every Oscar Night, a surprisingly inclusive Facebook group of people named “The Oscar Night House-Burners” travels to at least one house (only in 2007 did more than 2 houses get burned down) and just arsons it to the ground. Hope it’s not you!

Nobody goes to The Hawk and leaves without a novelty foam cowboy hat. It’s the biggest KU tradition.

They’re right there in front of every building and all you need is a big pair of hedge clippers! Free bikes await!

Every year the annual Nesquik Bath takes place within 12 Wading Pools in front of Summerfield Hall. Despite being a 22 year tradition, Nesquik still refuses to sponsor it.

It’s really him. Don’t tell anyone.

74. Not Speaking to George

Because really, what can he actually offer to a conversation?

75. The Constant, Unending Turf War Between Chili’s and Applebee’s

I’m genuinely surprised that anyone still works at either location after all the bloody mid-street battles, many of which end with most (or in the case of the 2004 World Series Game 4 battle, all) participants slain. Only legend can tell what actually started this awful, awful war between Bar & Grill chains. We can only pray it ends soon and that we can once again enjoy our Awesome Blossums in peace.

Say it with me now…

*someone complains about the Woo*

The guy behind JoeBush.net and a lot of other things
View all posts by Joe Bush →
This entry was posted in KUpostin' and tagged clickbait, jokes, relatable humor. Bookmark the permalink.