Have You Considered Screaming?

So I’ve been thinking. I’ve been thinking for a while, and I know that my life is entering a new chapter, as are the lives of so many other people, and I’m afraid of that. I’m not too proud to say that, I am afraid, and I only have an okay idea of what my next step is. That’s enough to frighten anyone, I think, and I’m undeniably stressed about it. The good thing is that I am working to be open to new opportunities, and I am looking for steps to take to put myself in the best position for me. 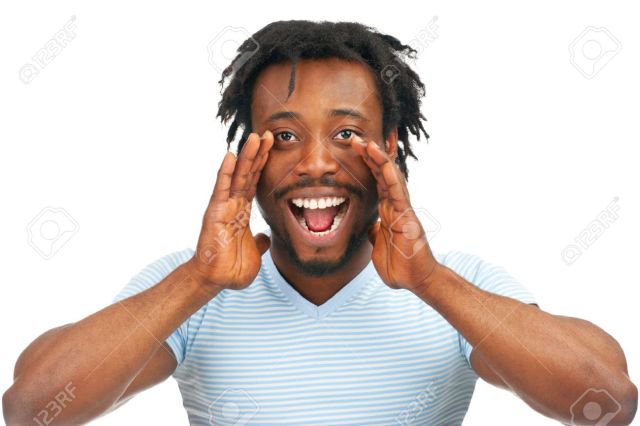 This is not me, but I am happy that this man has found peace in his screaming as well. I would like to perhaps speak with him one day.

Every dash, every sprint, is but a collection of steps. Sprinter Carl Lewis once said that he won so many races because, at around meter 80 or so of the 100-meter dash, other sprinters would lose stamina, and he would continue at the same speed. He had perseverance. With that perseverance, he won nine Olympic gold medals between 1984 and 1996. But just think, if he hadn’t taken one of those steps, how many Gold medals would he have lost? If, somehow, he’d just, like… forgotten to take a step or something, if that was at all possible in the general existence of reality, we’d be talking about a guy who ran a bunch in the 1980s and somehow bent reality by moving without taking specific steps at a time during his runs who had no Gold medals. But the point is, no gold medals around his neck.

And he was only the second athlete in Olympic History according to this screenshot, which is also very impressive

And that’s all well and good for Carl Lewis, but this is my site, and I don’t have a single gold medal, and yet I still have problems.

Now, Carl thought that he was able to run away from all of his problems. And what did his running ability get him? More running. Medals, too, six of them, but mostly running.

I don’t have running, because I’m incredibly slow and I don’t work at anything. However, I do have one thing. The thing we all have…

Screaming is one of the only talents that literally everyone in the world has. It’s the first thing that everyone did, and I’ve seen several births. I’ve seen a birth, at least. I’ve seen the scene where Tommy’s little brother was born in The Rugrats Movie, at least. He started out screaming.

I started out screaming.

Even you – Yes, you, humble reader, started out screaming.

So, you know what? I’m going to start again. You don’t have to if you don’t want to, but I think that I am going to. All that it is is like talking, but like elongated and very loudly, with a lot of force, and I think that I will be able to do it well.

At least, there was no respite before screaming. You know how many thoughts I have about famine or the very real possibility that I’ll break my ankle or fall into a manhole when I’m screaming? None. It’s all screaming, baby, and I’m at peace. 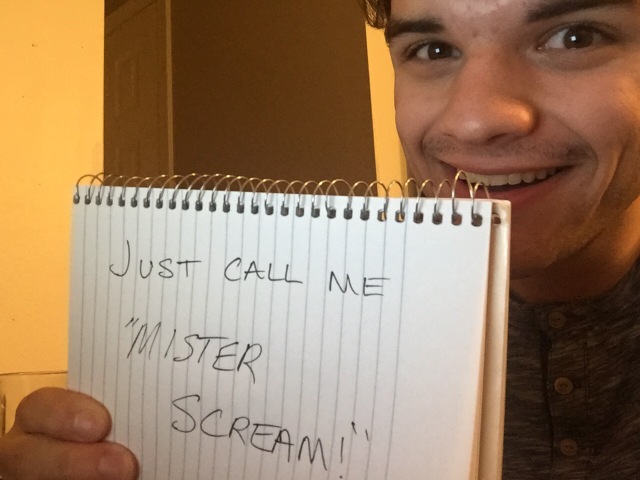 Or, actually, seeing it written down like that, I’ve decided that I’d really like if you would not call me “Mister Scream”. That was a bad name that I came up with. 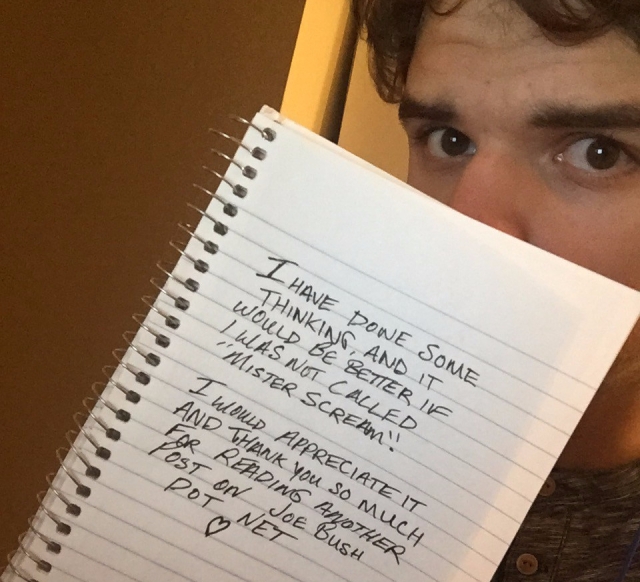 Regardless, I have found this outlet to vent my frustrations and feelings. I have little else to do, so screaming for like forty minutes or so every eight hours has not hurt anything, not my social life, not my job, not my education, I am just as alone, unemployed, and incredibly stupid as before, except now, I scream at 5:45 PM every evening and sometime between 10:10 and 10:30 AM. It has very few benefits, I’ll be honest with you, but it hasn’t made anything all that much worse, either. But it’s a part of me, now, and it was always at least sort of a part of me.