Hey! Here we are!

Again channeling Len Gibbons to tell you what’s going on in my life and why I’ve been so quiet lately and what I want to do here going future. 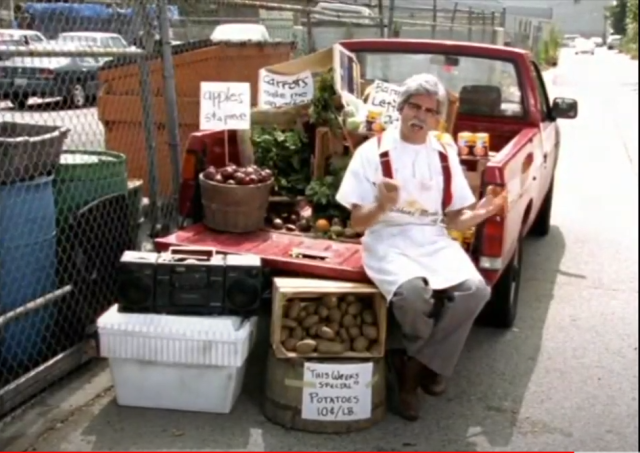 I contemplated moving on from everything without comment. I don’t really want to write this right now. Or at all. I really could be fine just not putting anything up about the state of things again. This is the fifth or sixth, I think, depending upon how I define that essay thing I wrote back in late September, “How I’m doing” post here since early 2020. I tire of writing them but I also don’t personally think I’ll be able to make anything else up until I do this and move on from it. I love a good post-mortem.

Or, love is a specific word. I require a good post-mortem, more accurately. Kind of like how I love certain cuisines but I require food generally. I’ve written plenty more things like this over the course of the past few years, and most of them don’t get shared anywhere, and now I’m either sharing it here or I’m not. I’m not going to go back and edit this part out if I do and would have no reason to if I don’t. This is either staying as an rtf file or it’s online for everyone to see.

I have it on video. In May 2020, I was constantly recording myself talking about the events of my day and the world around me. I started doing that in March 2020, because it felt important, and I thought I might turn it into something, but I haven’t done any of that and all the footage is scattered on the wind between old hard drives and I have no interest in going back to any of it anyway. Not because it’s painful to go back to, I mean, it is painful to go back to, but it was the at least interesting sort of painful where it felt like at the time (I chalk this up personally being from between March and August of 2020) I was living through a major historical event and not the dull sort of painful it became in the period after (like September 2020 to February 2021). No, it’s just not interesting. It’s just hours of me looking at a camera and rambling. I’m not good on video like that without a script. Here I at least have all manner of backspace and delete keys. I write stupid paragraphs and sentences and repeat myself all the time in text as well, I can just go back and take out non-sequitur paragraphs like this one if I remember to later.

But I have it on video. I could go back and watch it right now if I wanted. I could post it here in this post if I want. I don’t, because I don’t like it, because it’s a bitter memory in retrospect, but I have it. It was late May. I was talking to the camera about something and I saw on my phone that I’d received an e-mail from one of the graduate school programs I’d applied to the prior winter. All of the other ones had sent rejection e-mails in March or April, this one had been a hold-out. I said something like “oh, good, they finally got my rejection letter out to me. Took them long enough!” when I saw it come up. For a moment, I thought about deleting it before even reading it. Instead I decided to sarcastically read it aloud to the camera. I expected “Due to the unforeseen circumstances of these unprecedented times we will be unable to accept any new applicants to this program for the Fall 2020 term etc etc etc.” and I would laugh about it and say like “well, I don’t have to deal with that question anymore!”

It was an offer. It wasn’t a rejection letter. It was an offer. It was an offer to a PhD program in English, to start in Fall 2020. (online, of course, but we’d probably move in-person at some point in early 2021) I immediately replied that I would accept it. All plans that I’d had for that incoming summer – move back to San Diego, get an apartment with friends, probably work at a grocery store along with finishing my Masters at a normal pace – were scrapped in favor of speeding through the completion of my Masters over the next two months and starting towards this new program.

I will conceal the details regarding the specific location and school, though if you want to look hard enough you can figure it out, and if you want to ask me directly I’ll just tell you but I don’t want this to serve as like a #CALLOUT post for the program or the university. A crucial piece of information is that it was in Ontario, Canada, though.

I still would like that. I think it could be cool to uproot my life and live somewhere else, still. Even after the experience I just had! Maybe even Canada again! Probably somewhere more foreign though, like Paris or Copenhagen or Tallahassee. For the moment I’m staying here, though. I’ll be American still. I don’t take pride in anything I didn’t personally accomplish or at least help accomplish so I won’t sing along to the Lee Greenwood song but I will start crying after big USMNT wins again.

At the time, it really felt like the best of all possible outcomes. I immediately had something that felt like a path to the rest of my career, I didn’t have to think about what I’d be doing for another four years, and it would be four years! – surely life would be worth living again by the time I graduate in 2024. And I could end up in Canada! Maybe like as a permanent resident! I’d have a doctoral degree before I hit 30! And I would start in September 2020!

The rest of this between, well, basically May 2020 and September 2021 when I actually started for real, I think, is detailed in bits and pieces on this site and elsewhere but here’s my best rundown –

Spent like 8 hours per day finishing my thesis, eventually finished fully in August 2020, spent time trying to get the school to let me graduate early but that didn’t work, but the school in Ontario allowed me to enroll while I was waiting for my degree to be awarded. Started online classes in September 2020. Took two days of online classes. Online classes had a deleterious effect. Outpatient care at mental health institution for a month and a half. Deferred enrolment for a year. Took two jobs, one at the local community college the other one bartending at the bar within a grocery store. Anywhere between 30 and 50 hours a week spent working these between November 2020 and April 2021. Quit the bar job in April 2021. Finished at the community college in August 2021. I spent all summer hemming and hawing about whether I was going to start the program, I really didn’t have any interest in it anymore and the COVID restrictions were at a point where I could go to classes in-person but everything else was still gonna be closed or at least mostly restricted. But I thought that, if I didn’t do it, I’d spend all my time wondering what might’ve happened.

I moved to Ontario in September of 2021 to begin the program.

It is now January of 2022 and I am no longer there. It just didn’t work out. That doesn’t make up for an interesting piece of writing here but I’m grateful for that. I just saw no real feasible future there for me, at least research-wise. I knew I’d need to eventually write a dissertation, and I know that I would want my dissertation to use qualitative research based on in-person writing center tutorials, and it really just didn’t look feasible and I wasn’t interested in waiting for another year considering how lonely and miserable I’d been for so much of my time there. COVID obviously didn’t help in some ways, particularly the lonely and miserable bit, but even if the school had moved on from COVID it just doesn’t seem like my priorities line up very well with the department’s priorities. I should’ve recognized that when I applied, and, since it seems like it would still benefit me to earn a terminal degree for my long-term career goals, I’ll be sure to focus on that if or when I try again.

There was no last straw, I was never slighted, nothing really went wrongly and I appreciated the professors in the department and I really liked the students with me in the program, it just wasn’t going to work out and I didn’t see the benefit in trying any longer just for the sake of making more sure of what I was already very sure of. Mentally, it got much worse than I would care to admit here, and the mental help that I would need to continue still wouldn’t be available there outside of the digital simulacrum that in my experience has really only served to make it worse.

I am fortunate that I have a home to come back to and I’m fortunate that I have already been able to find work in my field. I am fortunate that I was able to quit and fail and learn from it. Really I just want to move on and commit to doing things that benefit others, and thankfully with my current job I will be able to do that. That was my biggest problem back there, I felt like I was constantly serving myself and I really just don’t want to serve myself anymore. Outside of this post. This post was entirely self-serving. This was hopefully the last one, though. I mostly wrote this so you know I’m not there anymore, I’m really just trying to pre-empt more people asking “I thought you were in Canada?” or “How’s Canada?” or “How’s the program?” because I am not there anymore and I will not be going back there.

With that, it is time to move on and hopefully have fun writing again. That is really what I would like to do here again. To be honest I’m already enjoying life a little bit more, I just would like the writing to follow. I don’t know that I’ll do much more of what I used to do, I want to be more straightforward and actually present myself in my writing here. I like what I did with the few pieces of writing I made between September and now, but I just want to do more of that. Thanks!

Oh I should’ve specifically posted this yesterday considering that Jay Johnston immediately comes into that clip I linked in the first sentences. Oh well! Hindsight’s 20/20! Or should I say hindsight’s…. 2021!~ BOOM!