What Would Happen if Kentucky Didn’t Play an NBA Team?

The Kentucky Wildcats are 36-0, and people apparently think they’re as good as one of the fine professional teams we have in our wonderful country.

54% of our voters think Kentucky would win a 7-game series vs. the @Sixers http://t.co/Ruq68dZzIM pic.twitter.com/AMzhdfVlDh

Much of this conversation revolves around not only how good the Wildcats are, but also how bad the hypothetical opponent would be, that being the Philadelphia 76ers, who currently sit at last in the Eastern Conference and entire NBA, clearly not only the worst team this year but also the worst of all time, no contest. 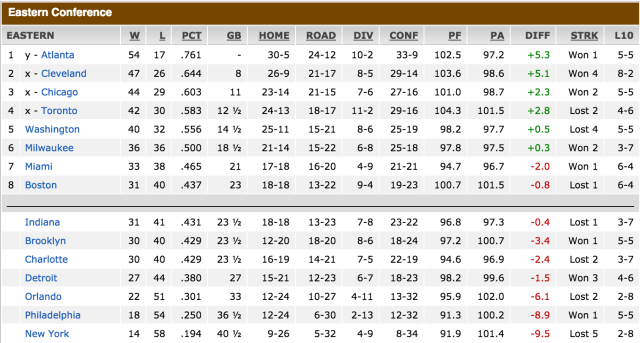 I mean, look at that, nobody’s worse than Philadelphia

Kentucky’s good, but are they as good as an NBA team? Who knows. It’s a different style of basketball, and they don’t play with the 24 second shot clock, also all of the other guys would be professional basketball players.

So what if Kentucky didn’t play against an NBA team? Would they win? That’s the question we’re asking here today. I think it’s best to start with the Starting 5 matchups

Andrew Harrison vs Nobody

This one’s a toughie, but I think one of the Harrison twins could come up with this one. If not, the other one can do it. Twin telepathy and the whole invented language thing and all that.

Aaron Harrison vs Nobody

This one’s a toughie, but I think the other of the Harrison twins could really get to ‘nobody’ on the offensive end and win this matchup. If not him, the other one, I guess, I don’t know, it could be a Markieff Morris situation.

Trey Lyles vs Nobody

I knew a kid in middle school named Trey, I don’t remember very much about him. I think he was good at basketball, so that’s a good thing. I don’t know who Trey Lyles is, but I know he almost has two first names, except one of the first names is plural. I knew a kid in high school named Tray, but that’s a different spelling than this kid’s name, so it probably doesn’t count. I don’t know how or if Trey Lyles plays, he could be a mirage.

Karl-Anthony Towns vs Nobody

Ohh, so we’re talking about two first names with the last guy, but here comes Karl-Anthony with actually two first names and messes it all up. I keep hearing that he’s good, so he’s probably good, and I think he’ll be good. I don’t respect the whole “oh yeah I literally have two first names” thing he has going on, not even like Trey Lyles (I’ve never met anyone named Lyle) (or Lyles) so I don’t believe him or believe in him.

Willie Cauley-Stein vs Nobody

Ohh, so we’re talking about two first names with the last two guys, but here comes Willie Cauley-Stein with actually two last names and messes it all up. He should probably be a pro by now, but did you know He Played Football in High School? He’s 7 feet tall and played football, that would be hilarious to see in the NFL, just like a dude who’s 7 feet tall catching passes above everyone and being really tall, I’d watch the NFL every week for that. He’s good at basketball too, but I really would’ve rather seen the 7 foot barrier in professional football. Everybody would win in that aspect.

So, I assume this helps and can end all the barber shop or internet barber shop or Skycorp® Virtual Barber Shop talk about whether or not Kentucky could beat an NBA team, especially if they weren’t playing an NBA team.

The guy behind JoeBush.net and a lot of other things
View all posts by Joe Bush →
This entry was posted in Sportstalkin. Bookmark the permalink.