Ah, yes, Deadpool! The internet’s favorite superhero. I hadn’t heard of this character before the internet put him out in the forefront, at least, so it’s gotta be true. He’s different than a lot of other heroes, he speaks to the camera and to the audience directly. You’ve heard of superheroes getting busy? Well this guy get biz-ayy. He’s the next generation of heroes and get ready to hear about him on Twitter.

The American Heart Association truck out in front of the CVS

You see, Deadpool’s power is that he cannot and in fact does not bleed. You can stab him so many times but ain’t no blood comin’ out of that man. This is why it’s so funny to see the American Heart Association truck out in front of the CVS every weekend. If you were to actually walk in, there will be an actor strapped to a table and two other actors will be trying to get blood out of him. They will try, and eventually say “Wow, you don’t bleed, you’re just like Deadpool, the comic book and future film character! Deadpool is a trademarked character of Marvel Comics and Marvel Studios the film will be released in theaters on February 12th at [LIST OF LOCAL THEATERS]. This production may not be used without the Expressed Written Consent of Disney and Marvel Studios”

In canon, Deadpool is a huge fan of the band “Cold Play”. In fact, in issue #58 of Deadpool Strikes Back from 2009, he uppercuts a man in a trenchcoat while yelling “For A Minute, I Lost Myself, I Lost Myself, I Lost My Se-e-elf”. In fact, he got his powers of not being able to be seen while moving through an electric field created by a machine known only as “PH” for the first few issues. Most fan theories point to “PH” actually standing for “Pablo Honey”, which is the title of Cold Play’s first album. Beyoncé and Bruno Mars represented Deadpool’s two largest villains – Donnie, the woman who carries two sashes at all times, and GEMINI RENFROW, the man with big hair and a bunch of men behind him constantly in choreographed dance. At the end of the halftime show, the entire crowd held up signs that spelled out “PEACE AND LOVE FOR PEPSI” or something of the like. If everyone had flipped their cards upside down, it would have read “IT’S DEAD POOL TIME BABY”, which is Deadpool’s catchphrase. 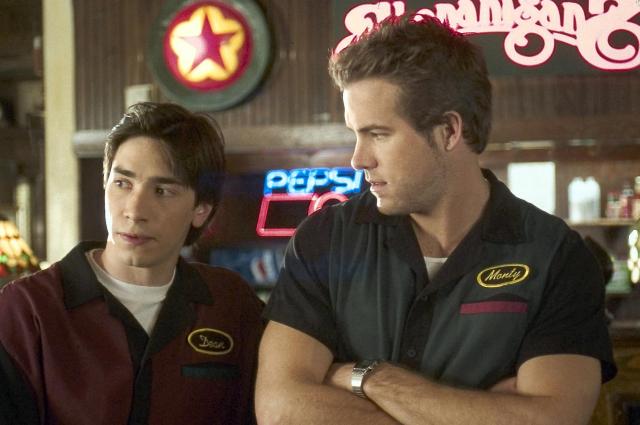 The guy with the frosted tips in this movie is actually the same guy who plays Deadpool in the 2015 film. It’s no coincidence that both movies came out on the same date ten years apart, and it’s no coincidence that Deadpool’s secret identity before becoming the titular hero, Horace “Bacon” Moltrés, is a palindrome for… It’s not palindrome, is it? Like when you mix the letters up and it means something else… Pentagram? Tangram? something like that… Horace “Bacon” Moltrés is actually a tangram for the name of Ryan Reynolds’ character in Waiting…, named Monty “Buy it on UMD for your PlayStation Portable” Yellowcard. There’s a scene where Deadpool kicks Luis Guzman’s character, named THE PRINCIPAL (He plays a stuck-up high school principal) in the chest and says “Never Mix Mexican With Continental!” which is actually a quote from Waiting…

I consider myself partially responsible for this phenomenon. I was doing it in 2011. This kid, everyone knows him, was paid off by the Deadpool corporation. He will continue to do this until you ask why, and then he will say “Ask Lionel Messi, why don’t you??????” Soccer superstar Lionel Messi appears in this film as “Soccer Superstar Lionel Messi from F.C. Barcelona” Deadpool lands on the ground next to him, says “Can I Kick it?” (at this moment a split-second frame of Q-Tip and Phife Dogg appear at a speed faster than you can cognitively see) and then kicks the soccer ball that Lionel Messi was holding under his foot at MISTER CROCOBOT, a giant crocodile enemy played by who Fucking Cares Anymore, killing it instantly. Deadpool flips in the air thanks to his super power of being able to Jump Really High and Flip Really Fast and says “Spoooooooooooooorts!”

Two Blokes and an Armchair

This clip, originally probably put on a floppy disc sometime in like 1992 or so, is viral marketing for Deadpool. The two blokes – Majic Mushroom and Def Base, all of the characters mentioned in the song Urban Hype’s “Trip to Trumpton”, and the armchair itself appear as enemies to Deadpool. At the beginning of the film, the two blokes kidnap him and his girlfriend, who doesn’t have a name, and kill him with the armchair somehow. He comes back to life and becomes Deadpool, a man with the power of instant death.

The guy behind JoeBush.net and a lot of other things
View all posts by Joe Bush →
This entry was posted in Uncategorized and tagged i'm deadpool. Bookmark the permalink.