My mindset after each round of the 5-Mamba Challenge

Yesterday, myself and an unnamed man attended Worlds of Fun, the theme park located in Kansas City, Missouri. I think like 7 or 8 local area high schools were spending a day at the park so it was mildly crowded from about 11:00 AM to maybe 4:00 PM. After that, just about everyone was gone and we were free to enact the Five Mamba Challenge, a pseudo-medical procedure involving riding on the Mamba coaster five times.

This ride would be considered moderately intense as far as roller coasters go. However, after like half a thing of cheese fries, the body and the mind experience a number of emotions through each rung of the Five Mamba Challenge. This is my recap of those.

I remember feeling like, oh, this might be fun, oh, Clay’s trying to get me to ride this ride five times, I’ll probably have a good time for just one but I doubt he’ll actually make me do it five times. I might get sick if I go on another intensive ride like this, though, so I should probably sit down after this ride’s over. 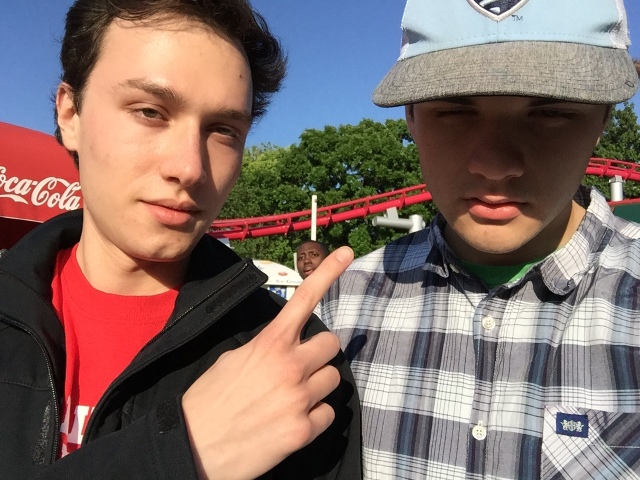 This was a bad idea, I thought. I shouldn’t have taken up the offer to ride this even once, however, I should probably sit down for a little bit because I’m not feeling very well. When I communicated this idea to Clay, he informed me that we would be sitting down on the ride. Fair point. My eyes were closed in this photo because I wanted to die Also shout-out to the guy in the background. He barely even looks real but I assure you he was. 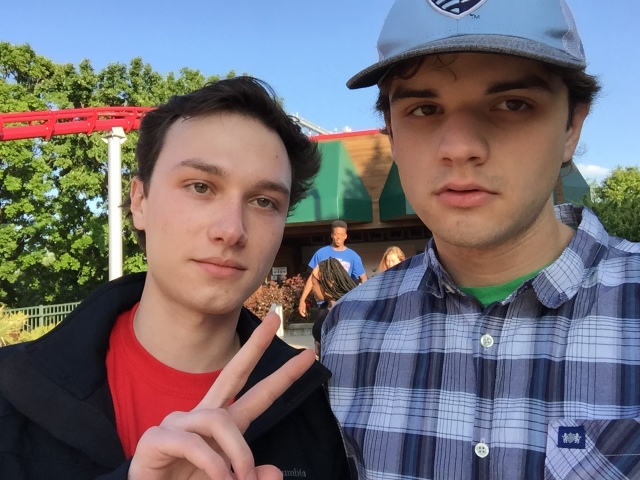 Clay’s scientific work leading up to this determined that the second Mamba was the worst of the five Mambas. I disagree with this idea, for I held my face in my hands for the entirety of the ride and I only slightly wanted to feel the sweet embrace of death or at least unconsciousness or at the very least nauseated expulsion, compared to many of the other rungs of the challenge. By the way, nobody is safe in the background of these photos. At the end of this round, Clay informed me that we were halfway done, which was not true but I appreciated the sentiment. 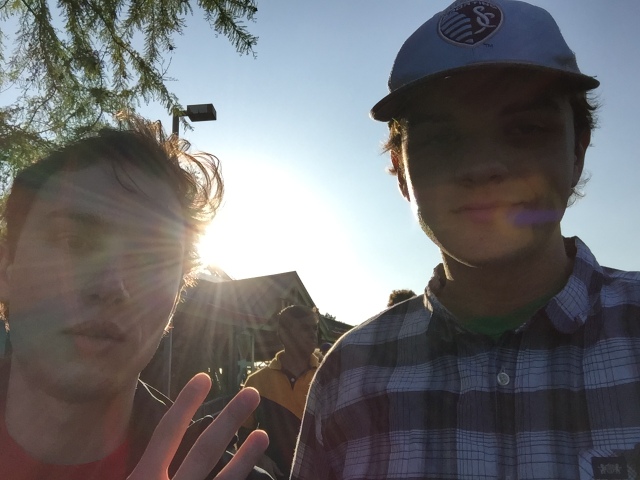 We took the photo post-round 3 almost immediately after we got off of the ride. You can see me faintly smiling through the glare of the sun’s impressive power. This is because I actually almost passed out during round 3 and I think I realized just how close I was to finishing the Five Mamba Challenge early. Mat Hoffman once said something along the lines of “When you die, your brain releases these crazy endorphins that make you think, like, I’m about to die, but that’s okay” which I think was my mindset at this point.

I had to sit down for a brief second on a bench after this one. 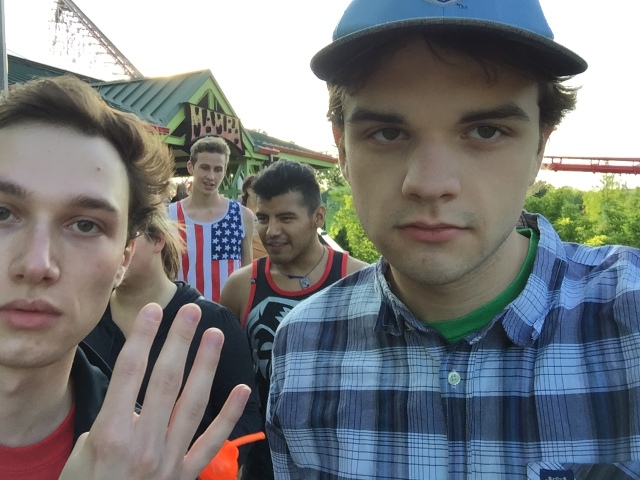 You can see the pain and suffering in my eyes here. I know what has come and I know what will come. I know I am not done, however I know I am eighty percent of the way there. Clay is unfazed because he is a child of god and I am stuck as a child of what, exactly? If there is like a deity equivalent of, like, Mark Brunell, or A.C. Green, or George H.W. Bush, you know, good but not perfect, but gets the job done, I’m probably a child of that. I am fallible, aggressively so, and my flaws are in reality what drive me forward. The discomfort of being on a roller coaster like this five straight times is what makes me a better person than the one that woke up this morning. I will never be perfect. I will never be able to ride five mambas and not feel like death, but I will also never ride five mambas and reach the ultimate bottom. This was my lowest point during the five mamba challenge.

Like Taylor Swift said, though, it’s always Darkest Before the Dawn – Shake it off, shake it off. 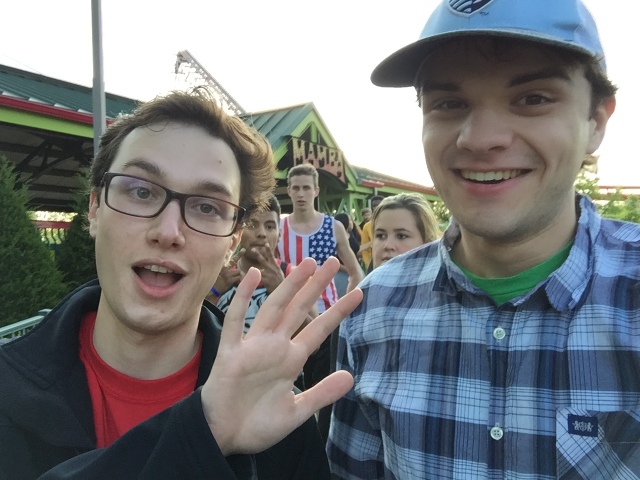 After that photo was taken post-round 4, everything changed. The sun became brighter. The world became happier. I was no longer about to die. I stared death in the face during the first four mambas and I realized that there was nothing to fear anymore. I can look anywhere and see that there’s nothing out there that can actually stop me. I am unflappable. There was a man at the park yesterday wearing a shirt that said “Try To Stop Me”. I did not try to stop him, however, at that moment, I realized that I had only one Mamba yet, and I felt the same way that he did. I was energetic. I discovered the secret of the Five Mamba Challenge. It was the secret of everything. Who shot JFK? Why did Watergate happen? What actually happened in the last episode of the Angry Beavers that they never put out? Who knows? Who Cares? This was the end of the world and the beginning of the world. I was, at that moment, in a state of perfection that will never be matched. I looked into the void and saw nothing and everything all at once. I know not if the guy in the background was intending to get into the photo or not, but he, and… actually, the guy in the American flag shirt was in the round 4 photo as well, wasn’t he?

Oh my god. We were not alone. The Five Mamba Challenge will never leave you alone.

All Credit for the Creation of the Five Mamba Challenge goes to Clay Knapp of Chicago, Illinois because he asked several times for me to credit him.