These Disney World LifeHacks Will Save Your Next Vacation

Hey friends. Me and the Joe Bush Dot Net LifeHack Gang took a trip to the sunny shores of Orlando, Florida last week and did some scouting. Most people believe that a trip to Disney World will cost hundreds of dollars and will consist of standing in lines in the hot Orlando sun for hours at a time. This does not have to be the case if you follow these simple LifeHacks! I’m breaking this list up into the different parks of the Walt Disney World Resort for your reading convenience

The Magic Kingdom is one of only three places in the mainland United States where you can talk to Donald Duck and buy a Starbucks frappucino within the same hour (the others are at DisneyLand in Anaheim and my basement, where I will wear the Donald Duck outfit for a fee and serve you the frappucino myself.) You don’t have to spend hours and dollars to have  a great time here!

Are you sick of paying too much for hats? Why not just walk out of the store with one? If nobody who works there sees you walking out of the store, you’d be surprised to see that you’ll pay exactly zero dollars for a high quality hat!

Save Money at Pecos Bills

We went into Pecos Bills, a Tex-Mex themed diner, at high noon one day. Literally everyone on the face of the earth was there and they were all sweaty and angry. However, we at the Life Hack Gang were not sweaty and angry at all, because we got away with a little extra food espionage! If you order a plate of plain nacho chips, you can get as many toppings as you want from the topping bar for no extra cost! This chops the price of a plate of nachos in half, and as a result, we only paid $16 dollars for a great plate of nachos! Just have to put in a little extra work.

Carry Your Children in a Giant-Ass Stroller Everywhere

Do you have six kids of varying ages? Spend $300 on a double decker three wide stroller and completely dominate the streets of Magic Kingdom. We at the Life Hack Gang stuffed several burlap sacks full of oats and put them on our stroller as well as Small Gary, who rode up top. Generally this fooled most people into believing we had a number of small kids and I only ran over like nine people.

Have a child or friend ask you “Where did the characters in Splash Mountain come from?” About a minute or two into your explanation of the property, several men in khaki shirts will come out, be overtly friendly, point with two fingers, and offer you free items to talk about a different subject. I received six Mickey Mouse Ice Cream Bars this way. 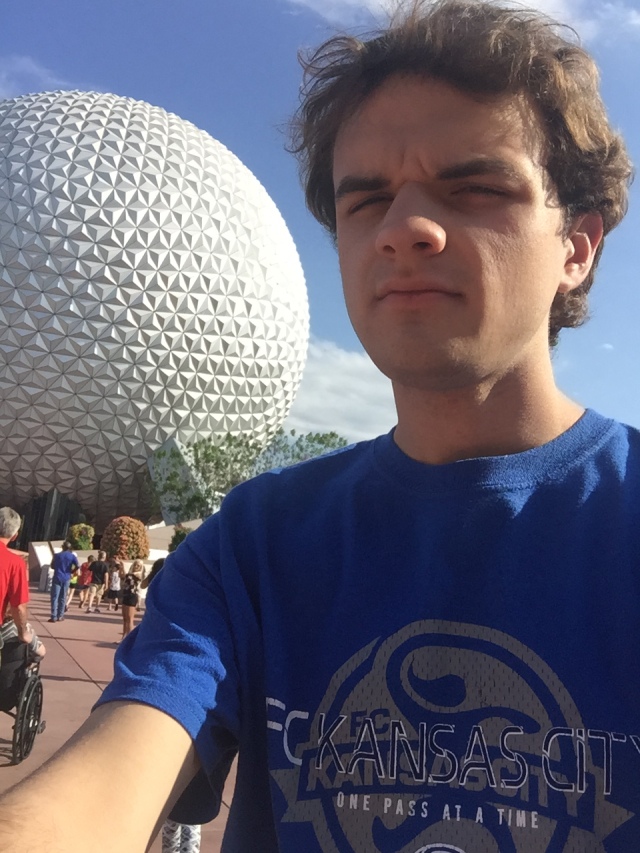 Ah, yes, Epcot. The place that makes people say “this is Epcot.” Truly a park at the Walt Disney World resort. Ride both of the rides and have a great time, then just get fucking hammered in Germany and France before puking on the Martin Short Canada ride. All around, a great experience.

Don’t Go On the Ride in the Giant Golf Ball

You might be tempted to do so, but be warned: It Sucks. Don’t go on it.

They Are Still Playing Captain EO

If you walk back behind the fence behind “Sweden! The Store”, you will find an old-time public school desk with a 2004 JVC Portable DVD Player playing Captain EO. Disney is legally required to still show Captain EO in some capacity due to a lawsuit in 2006. Kyle from Epcot was facilitating the “screening” 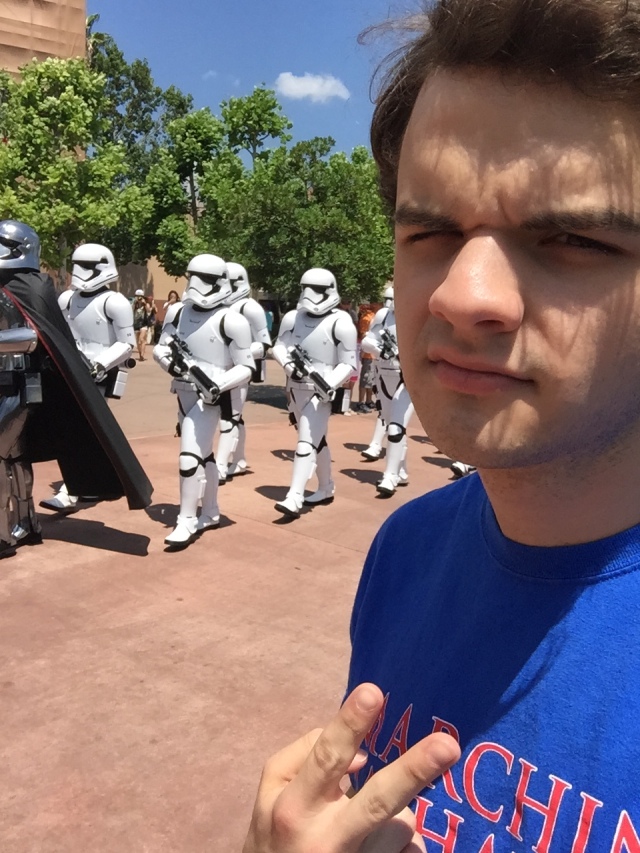 The only image I got here at Hollywood Studios was with the Beetleborgs, sorry

Hollywood Studios is the unsung third pillar of Walt Disney World. This park has all of your favorite properties: Toy Story, Star Wars, the ABC TV Lineup and Several Films from the 40’s Starring Exclusively White People.

Aerosmith is Not Really at the Aerosmith Ride

Don’t waste your time. It’s not really them. It’s just a hologram. Definitely don’t rehearse what you’re gonna say to Steven Tyler in a mirror for an hour the night before you get there, because he’s not really there.

There is a stage show outside of Star Tours where they bring several small children up on a stage, give them light swords, and allow them to train as Jedis for a period of time. I, as a full grown adult, brought my own light sword and was able to completely dominate the show. I would recommend coming to Star Wars Jedi Training as an adult and not as a child because there was just no contest, I was the greatest Jedi of them all that day.

Do you love movies? Do you love old Hollywood? Do you love one very specific type of movie star? Ride the Great American Movie Ride, where you’ll see such classics as Casablanca and the Wizard of Oz played out right in front of you! This ride is quality excitement, much like the high quality programming on TCM, Turner Network Television, Turner Broadcast System, Tru TV, Court TV, C-SPAN, and C-SPAN 2. Ride this Ride Several Times. Ride this Ride Several Times and Subscribe to Turner Classic Movies. Believe What is Said on the Cable News Network. Go Braves.

I’ll be honest with y’all, we didn’t go to Animal Kingdom and we’re not about to start.

From me and everyone at the Life Hack Gang (Small Gary, Michael Jordan’s Son, Mr. Chips, and Constantly Wearing Sunglasses Jessica), thanks for reading this article, and we hope that you use these methods in your next trip down to Central Florida!

The guy behind JoeBush.net and a lot of other things
View all posts by Joe Bush →
This entry was posted in Lifehacks, Uncategorized and tagged Disney, Disney World. Bookmark the permalink.