“Have it Your Way” we say! Wake up next with the King feeling nice and satisfied with these Burger King Secret Menu items we at the Joe Bush Dot Net Secret Menu Detective Team (it’s just me) excavated. Ask any Burger King employee about these and they’ll know exactly what you’re talking about and won’t kick you out of the store.

The “Veggie Burger” – If you order the “Veggie Burger” (this is with or without airquotes surrounding both words), instead of receiving a burger made out of Burger King’s All-Beef 100% Beef Burger Patties, you will be politely but firmly asked to leave the establishment.

The “Veggie” Burger – Do not ask for this

The WHO_ _ ER – This is our WHOER. Notice there is no “P” in it! Seriously though, for only an added dollar, Burger King promises that Shift Manager Chris (known as “Pee Pee Hands Christopher” in some circles) will stay at least eight feet away from your burger at all times during the cooking process. It’s worth it.

The Chicken Tenderchris – This is our Chicken Tendercris. Notice there is no “p” in it. Also, notice there is an “h” in it. This signifies Chris, the shift manager, known as “Urine Boy” in certain social groups, who will stay a minimum of eight feet away from your sandwich at all times during the cooking process. It’s an extra dollar but it’s worth it. 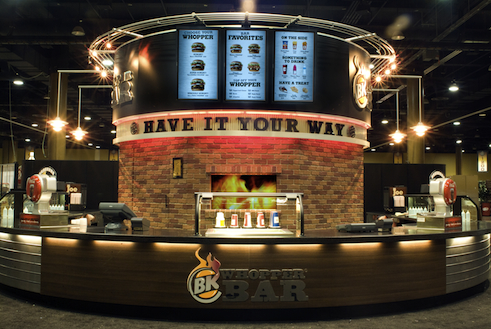 Fishy Tenders – These are only served during the time in the spring when the Catholics can’t eat anything but Fish, I think. Anyway, these are strips of  100% white meat Chicken Breast that are breaded and fried to perfection. Certain locations will have these out of season.

“The BK Small Fish” – Came out alongside the release of Finding Nemo in Summer 2003, named “The Coral”, but renamed immediately for unknown reasons. This was a relatively small fish patty served on a relatively small bun. Think of a White Castle slider, but with fish. It came with an action figure representation of Nemo and Nemo’s Father, Marlin from the movie. We are yet to know whether or not it will return for 2016’s “Finding Dory” but I’ll raise hell if it doesn’t.

One Can of Tuna – Offer Jessie behind the counter a peach and she will likely trade you the can of tuna she packed in her lunch. Depends on her mood. I got away with giving her a can of Pibb Xtra once, for what it’s worth. Talk to her, though, for god’s sake, she just wants to make friends. I mean actually talk to her, too. None of that pointless small-talk.

Cinnabon Cinnabites™ that haven’t been under the glass for several hours and also didn’t spend several hours in a box before that and likely won’t leave you sprawled out across your car’s backseat for 20 minutes after you get them – These exist somewhere, I presume

The Dessert Whopper – This delicious burger-alternative has all the genetic makeup of a regular Whopper, except every ingredient has been replaced with a dessert delite!

Buns – Cluster of 4 Cinnabon Cinnabites™ on top and bottom

Lettuce – Crust of “Pie made with SNICKERS™”

Onion – Half of a HERSHEY’S™ Bar

This is a 25 dollar flat rate. Cash only. Burger King and Burger King Brands is not responsible for anything that occurs after the Dessert Whopper is consumed

Miller Lite – Just ask Kyle and he’ll go out to his Geo Metro and get you a can from his backseat. Temperature will be climate-dependent. $2.50. Certain days it’ll be $3.00 for a Bartles and Jaymes if he’s got ’em.

“Funfrozen©” Coca-Cola™ ICEE™ – All the delicious taste of the Coca-Cola ICEE you know and love, served at a temperature of 35 degrees Fahrenheit in a 20 oz cup with ice and a straw! Lightly carbonated as well.

Copies of Big Bumpin’ for the XBOX 360 – I swear to god if you ask for these you’ll get them by the handful.

The guy behind JoeBush.net and a lot of other things
View all posts by Joe Bush →
This entry was posted in Secret Menus and tagged Burger King. Bookmark the permalink.