Few 68-team postseason tournaments create the emotions that March Madness creates. I can’t name another 68-team, single elimination postseason basketball tournament that just draws at the hearts and guts of America the way that the Men’s NCAA Division-1 Basketball Tournament. Each march, heroes are born, and villains are created. The heroes don’t traffic that well, but the villains – who I have just made up, out of my mind – will live in infamy until I die and this website is archived in my hometown’s public library for the inevitable future.

A real man named Garfield is never anyone to mess with, especially if he stars at Power Forward for Wake for all four years. Most guys during this time hopped over their junior or senior years to chase NBA dollars, but Kent decided to fall back on the savings of his family and the three separate North Carolina state lotteries he won during his sophomore season. 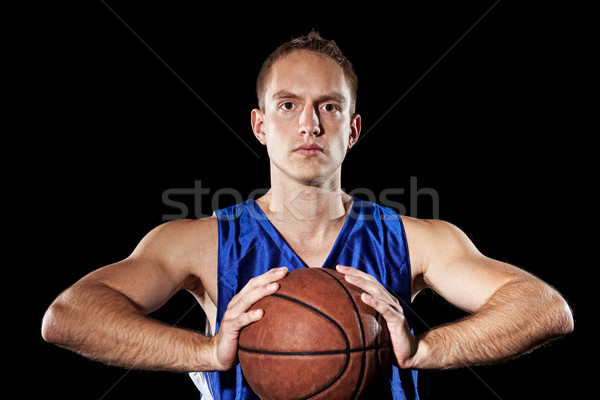 The “stockfresh” thing followed him around everywhere for some reason

Most Hateable Moment: “accidentally” pulling down Corliss Williamson’s shorts during the 1994 NCAA Tournament

Ham Marshfield never thought that he was going to change the face of Trojan basketball when he joined the team at the turn of the millennium. When he left two years later for the NBA Draft, he left as the most deplorable athlete in USC history, I think, because he tended to whine whenever the calls didn’t go his way every now and then.

Most Hateable Moment: One time yelled at a ref

Did this guy ever leave? Spretz Josh spent an inexplicable eight seasons with the Seminoles during the Bush and Clinton era. It seemed like he was there for far too long, like, there was some sort of administrative or clerical error that somehow let him stay with FSU for an unreasonable amount of time. Yet, still, he’d get the opposing players with his Half-Baked Shimmy Square and Flip Hook that always – always – seemed to go in at the most inopportune time.

Most Hateable Moment: It was during his third redshirt senior year that America’s hatred of Spretz Josh reached its apex, when he still showed up to his team’s games all season long and we were like, okay, Spretz, something’s up, there’s no way you’re still here.

Goofy Robbie had game, and he had jokes. Goofy Robbie averaged 18.2 points per game during OVCC’s miracle final four run in 1999

Who could forget this team’s rise to stardom, even if it was based completely in fraud and mischief?

Most Hateable Moment: Spraying Jamaal Tinsley with seltzer water during a free throw and not getting penalized for it, cementing OVCC’s upset of top ranked Iowa State in the Elite Eight.

Horosmith barely played on the court during his one year at Kansas State, but he certainly earned his place on this list due to his constant flopping, incessant whining, and the murder that he committed in the spring of 2009. Boos followed him at every arena until he was sent to jail for committing murder, after that, he did not play any more basketball games for Kansas State, as he was in jail due to the murder.

Most Hateable Moment: I kind of spoiled this earlier, but murder. Andrew Horosmith murdered a man, which is why he’s on the list.

I mean, this guy’s a total nerd, come on…

Look at those sweatpants! Dork!

Most Hateable Moment: Turning to Jim Boeheim and saying “Bob, I promise, if you are ever wrongly convicted of a crime in the United States, and I end up as president during that time, I will not pardon you” during the 1980 Sweet Sixteen.

He was pretty much exactly the same as regular world Shane Battier, except there was something slightly off about him… Like… something sinister. I can’t quite pin it down, but that guy was evil.

There’s just some bad energy around this photo, even. Something wrong about evil Shane, I don’t know what. Regular Shane is fine, but evil Shane… I can’t trust him

Most Hateable Moment: Staring down Steve Blake and whispering in latin during the 2000 ACC tournament after a dunk.

He just – He just can’t be there! He’s not allowed! I know there’s nothing in the rule book about it, but he just can’t play with human boys like that! He’s a dog! Just because the rule book doesn’t explicitly state “no dogs”, that doesn’t make it a rule in the opposite direction! I know there isn’t a rule, but does that mean that there shouldn’t be a rule? If you put Dr. James Naismith in that gym and asked if the dog was allowed in his game, do you think he would’ve been okay with that? Do you think he would’ve been like, “welp, I never said anything against dogs, I guess, so that’s fine.” No. Air Bud is a travesty to the sport and represents everything wrong with modern basketball.

He’s Not a Person! He Can’t Play Basketball!

Most Hateable Moment: When he was on the court the whole time, as a dog, who was playing basketball. Totally against the spirit of the game

They called this guy “Saddam Hussein” as a nickname due to an event in his past that went undisclosed during his time at Gonzaga. It didn’t stop the announcers from being like “The SHOT from Saddam Hussein!” even though that wasn’t his name, it was a nickname that he carried with him pridelessly and sans-explanation during a four-year career. 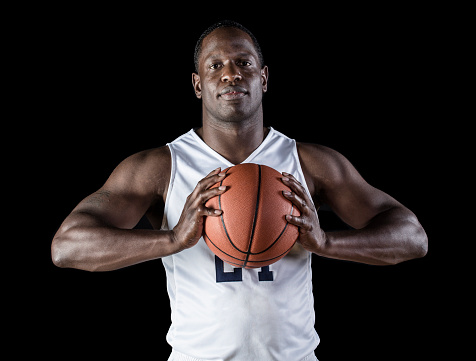 He doesn’t look like Saddam at all, either, like… I just don’t understand how he got that nickname

Most Hateable Moment: I really can’t pick out one, I think it was just the nickname that always rubbed me the wrong way. He seemed like an alright guy, really, I just don’t understand not only why he ended up with that nickname and why he ended up being known only as the full name, Saddam Hussein

Just look at him.

Most Hateable Moment: I mean, come on.