The TOP FIVE Games I Hope Get Announced at E3 2017

Friends, Gamers, Countrymen… We are like two weeks away from Electronic Entertainment Expo 2017. It starts in Los Angeles on the thirteenth of June, and will then proceed to end, still in Los Angeles, on the fifteenth. During these three days, hundreds, maybe thousands of games, I think, will be introduced to the public via flashy stageshows. People will scream in joy. I will likely scream in joy, or, at least, I would, were I there. (I will not be there because my manager, Darvinham, at Culver’s, will not let me off my shift because I’m the only one who knows how to get a proper consistency on the Chocolate Chip Concretes).

I don’t ‘work’ in the games industry. I work at a midwestern-based chain diner and frozen-custard purveyor. I don’t ‘write’ about games very often, but I do know what I’d like to play. I’ve played hours upon hours of video games just about every day of my life since I first got my hands on my first video game, NARC for the NES, in the summer of 1999.

I know not only what I want. And I know the games press well enough (I still read at least one back issue of Nintendo Power per day, which is how I keep my mind sharp). Most other sites you’ll visit will theoretically preview sequel after sequel in these lists. I will not. That is not exactly the Joe Bush Dot Net Promise, but it is similar to what could be a Joe Bush Dot Net promise.

All of these are original, new intellectual properties that I hope are created in this coming E3. These are my Top Five Games that I Hope Get Announced at E3 2017.

5. A Game Where You’re Like a Skateboarder But You Have an Axe

Me and my friend Scott agreed that this would be the greatest game of all time during a discussion we had at the lunch table in the second grade. It would be cool, like Tony Hawk’s Pro Skater, except your guy would have an axe. So, like, think of all the fun of Tony Hawk’s Pro Skater, any of them, except for Proving Ground, and add an axe (like a battle axe, not a wood-chopping axe) and think of how fun that would be. It would be cool. You could hit guys with an axe and do skateboard tricks.

I’ve been in a boat before, it’s nuts, it’s like you’re in a car, but it’s on water. I’ve never driven a boat before, but I could get some experience via this game, wherein the player will get to drive a pontoon boat around a lake. The lake could be sparsely populated, or very populated, or potentially just the wavepool from Kelly Slater’s Pro Surfer for the Gamecube. Potentially there could be DLC lakes. 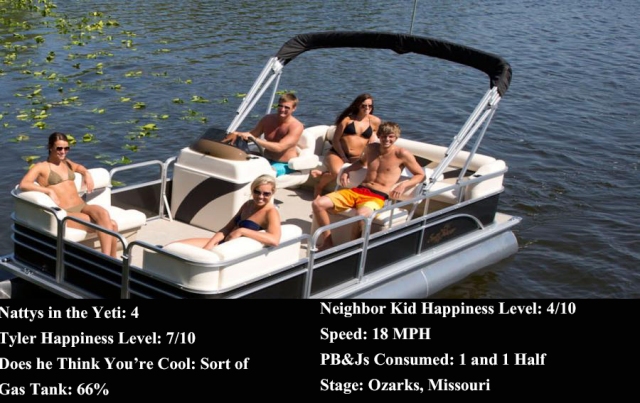 The Truck Driving sims from the last few years were popular in spite of the fact that they weren’t racing games, so you are not allowed to say this won’t be good. Also, there could be extra little bits, like you could gain points by properly stocking the on-board Yeti Cooler your nephew Tyler made you shell out one hundred and twenty dollars for, or you could try to make small talk with the neighbor’s kid, his name’s like, Darryl, maybe. I don’t know the specifics, that’s for the developers to deal with. But it’d be cool. It has to be good, though.

Remember MAG? Yeah, I do. It’s like that but there’s no guns, just everybody punches. You could put it on an island or in a city or in like, the desert, probably. But it’d be like 100 people and they’re just all fighting at the same time over a broadband connection.

2. Inside Llewyn Davis: The Game 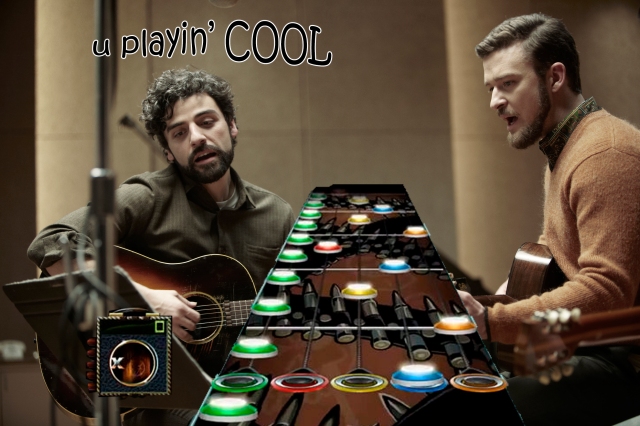 This game would have three parts – Music performance, driving in the dark to Chicago with Jazz John Goodman, and cat chasing. I can’t decide if the music part will be more UmJammer Lammy/Guitaroo Man or straight Guitar Hero, and you’d need the guitar controller. The driving part would be like Desert Bus or the aforementioned Truck Driving Games. Cat chasing is simple, probably like the car chase parts in LA Noire except you gotta catch the cat and you’re on foot and you’re Oscar Isaac.

I’m sick of World War II shooters. I want a game where like a Gruffy Guy with a Goatee and a Bandana says like “War is Bad But I Still Do It. You Shouldn’t, Though”, and then you blow up a building by pressing a button. The guy’s name is like, Talc, or, Steak, or Goat or something along those lines.

Then also there’s a full-fledged multiplayer Deathmatch Shootout, too

Joe works at the Culver’s in Iowa City, Iowa from 5 PM to close most weekdays. He is the only one who can properly make you a good chocolate chip concrete. Joe will not be at E3 physically but he just read a pamphlet on Astral Projecting