Coming Clean: Why I Grew the Mustache 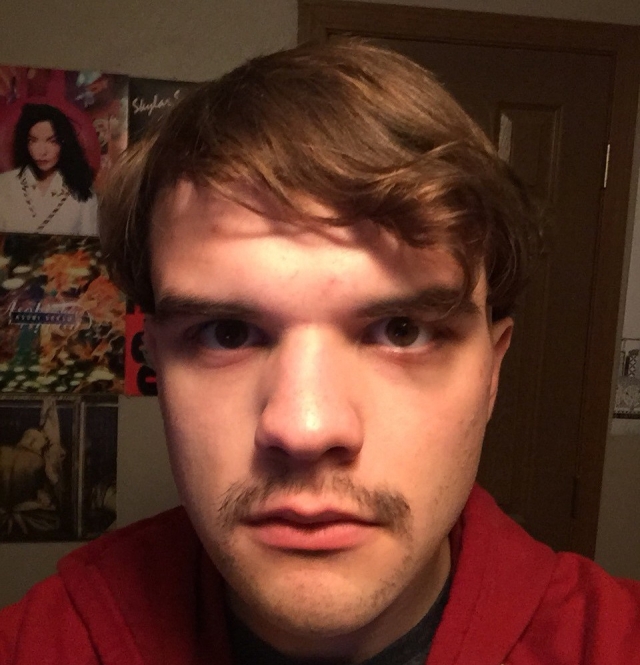 I started growing a mustache on January 15th of 2018. I didn’t make the decision consciously. The phrase “I’ll grow a mustache now” never entered my mind, no, the catalyst of this mustache’s growth was my forgetting to pack a razor blade in my suitcase on my week-long trip to Arizona.

Also, friends and potential dates, I’m sorry if my staring directly in the camera makes it seem as if I’m staring into your soul. If this diminishes my potential romantic attraction in your eyes, I apologize, and I hope you can look past that and the mustache and the narcissism because I’m very, very lonely

This is not my first attempt at mustache growth. I was borderline obsessed by the idea of mustache growth in the eighth grade, and basically from the second puberty hit, I started . Coming into my senior year of high school, I determined shaving to be a waste of time, and I grew one out of lethargy if nothing else.

This was me at eighteen. You can tell it’s me because of the angular brows and the crushing defeat behind the eyes

I grew the mustache, for the first week, mostly out of non-access to razor blades or other sundries. However, once I got back home, I found myself in the shower, shaving the rest of my face, and wondering – How far could I go with this? What could I get out of having a mustache? Could this be ground up into a post? 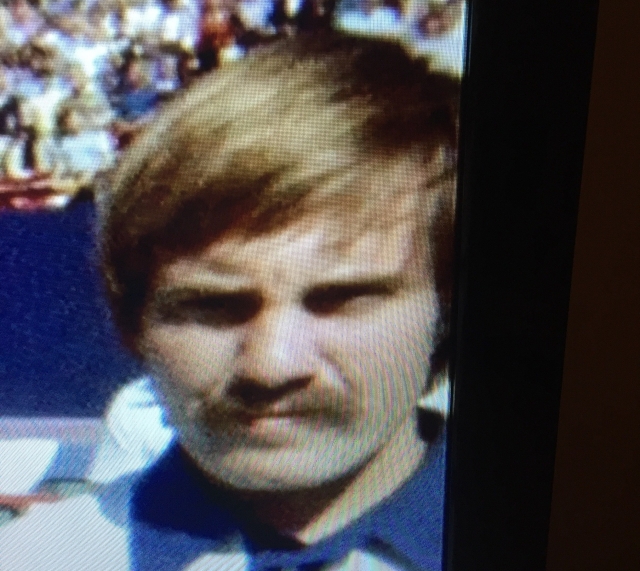 The mustache is now completely shaven. It’s gone. I’m clean shaven once again and basically nothing has changed except my father has stopped laughing at me for it. It’s unfortunate that it’s gone, because I kinda liked it, and I can’t blame all of my personal problems on it anymore, meaning I might have to embrace genuine personal growth, and I’m not certain that I’ll be able to do that.

But, whatever. Starting today, I’m going forward with nothing on my upper lip, nothing else on my face, and all I gained was one stupid blog post. A t-shirt would’ve been nice.