How KU Football Can Recoup the $6.09 Million

Kansas football is in a bit of a pickle! They haven’t won more than five games in a season in a decade! That’s prompted people to jump ship in droves, and the drop from $9.5 Million in ticket sales in 2009 to a measly $3.4 Million in ticket sales is not insignificant. That’s a problem, you say, but nothing that a little helping of “winning football games” could get back on track. But unfortunately, I checked and that doesn’t seem to be in the cards. A six million dollar per year hit’s just a drop in the bucket for a big ol’ institution like ours! KU can earn that back in no time flat! There’s not much to worry… about… hold on, I’m getting some more news…

What’s this? KU also asked for…

KU’s got some ‘splainin to do! Or, at the very least, they’ve got some money to get back! That 300 million mark seems a little difficult to hit right off the bat, and they’ve deployed the valor theft bomb already by putting a major donor’s name on the stadium that’s supposed to be a World War I memorial. That might be a little more than we here at the site can chew off. Let’s start by paring down that $6.09 million. Here are a few ways we’ve come up with to get back to the comfortable standard set nearly a decade ago.

Who doesn’t love a good cupcake? Just get the ovens warmed up, mark up a few macadamia nut cookies, and you’ll be golden in a few weeks.

In the mobile freemium gaming market, there’s such a concept as the “Whale,” someone who props up an economy by spending far more than the majority of other players. Just one very rich person willing to spend a whole bunch of money could potentially save the KU Football economy if they play their cards right, and all KU would probably have to do is intensely stroke one guy’s ego.

So here’s what I’m thinking: One season ticket, the Super Platinum Emperor Status Season Ticket Plan, can be paid either in one payment of $6.09 Million or 6.09 payments of $1 Million. We’ll give ’em a throne with their name and we’ll make every fan entering the game thank them, and in the place of the national anthem we’ll have everyone stand and put their hand over their heart and sing Alanis Morrissette’s “Thank You” except every verse ends with their name.

She’s probably got like at least thirty dollars in there, and if you take it right after she gets home from dinner maybe she’ll think she spent it at dinner and forgot about it. With a healthy dose of theft, KU can build up a nice solid floor to begin getting that ticket money back, and all it’ll really cost is the trust of the woman who broke her back raising you.

I’m fucking rolling in cash as I type this 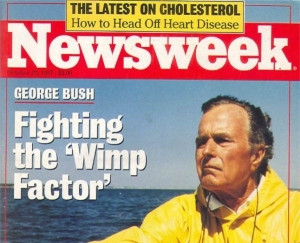 And then, in 1990, George HW Bush invaded Iraq. Check out how the media turned around on him: 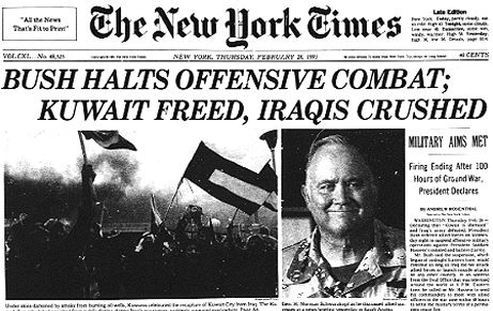 What do you think the media says about Kansas Football once the Jayhawks go into Iraq and free Kuwait? They’d be held up like heroes! People would have to go to their games, people love that patriotism thing! Besides, KU has dealt with halted offensive combat ever since they picked up Dayne Crist, so they’re already about halfway finished with the H.W. turnaround!

Win more than two football games in a year

Joe Bush is online and writes there, can be found in The Tweet Hole on Twitter and in The Post Hole on Facebook. He’s also trying to get into novelty soaps so if you have any info on that let him know