Let this be a cautionary tale about “Feeling Your Way” 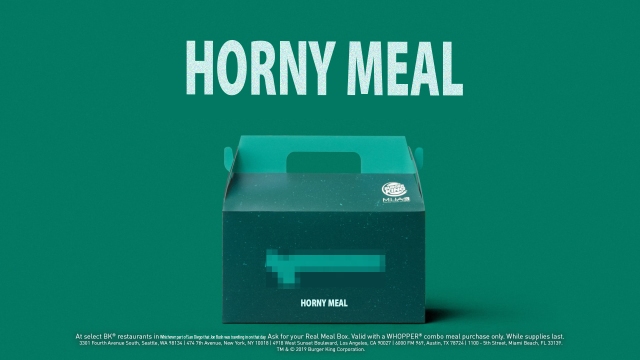 Okay so if you don’t know, Burger King, the restaurant famous for giving “Pocketbike Racer” to the American public, has announced that it’s getting into the mental-health capitalization game. Somebody in a board room somewhere noticed that the kids are all depressed. Carl’s Jr got in on this by putting cannabidoil in a burger patty. Jack in the Box got in the game by trying to sell a burger to a depressed Sunny Delight account. McDonald’s will continue to give out free “Defecation Therapy”, which develops internally through the abject silence which begets staring at the bathroom stall graffiti as your colon releases itself in a way you’ve forgotten it could after finally trying the Land, Air, and Sea Sandwich.

Burger King decided to take shots at the McDonald’s Happy Meal by offering a selection of “Real Meals”, which include every other emotion – the “Pissed Meal”, “DGAF Meal”, “Salty Meal”, “YAAAS Meal”, and “Blue Meal”. The promotional Real Meal is virtually indistinguishable from the #1 Combo Meal, a Whopper, Fries, and a Drink, except it is in a colorful box and you can put it on Instagram.

But this was just round one, just the promotional run of Real Meals, sold in cities of prestige such as Seattle, Los Angeles, and Miami. The second run of Real Meals, which started in secret in America’s real mental health hot tubs – Greensboro, North Carolina, Lawrence, Kansas, El Paso, Texas, and one pop-up restaurant in a parking lot in an apartment complex in the East Mission Valley neighborhood of San Diego, California specifically targeting a numbskull with a blog – will aim to get Real. Real Meals 2.0 feature a variety of more niche emotions, and will include actual emotional effects within the meal:

The Malaise Meal, which comes lukewarm with a leftover Sausage Croissanwich from that morning and some stale coffee, is meant to be consumed on a couch under a blanket wearing only a pair of boxer shorts with re-runs of Parks and Rec on TV. This meal is infused with shame meant to be given off at a delayed release, not fully hitting the customer until after the trash is fully visible on the table but not taken to the trash can yet.

The Affect Meal, which comes with five Whopper Juniors and a 44-Oz. Coke Zero, should be consumed as quickly as possible while one still feels good. Much like the Malaise Meal, the recognition of what you’ve done should only hit once the meal is fully consumed, and the recognition itself should lead one down from the mania which led to the ordering of the Affect Meal. That same recognition will likely lead one to seek a Pissed Meal or a Blue Meal to get back to normal levels, thus doubling BK’s profits

The Dissociation Meal, which is a tube of saltine crackers, is meant to be consumed on the bathroom floor at a house party with some Ne-Yo/Pitbull crossover bumping from the speakers through the walls. In lieu of a toy, it comes with a hair-tie which one may stretch between their thumb, middle, and index fingers while trying to latch on to any thought that passes through their mind. 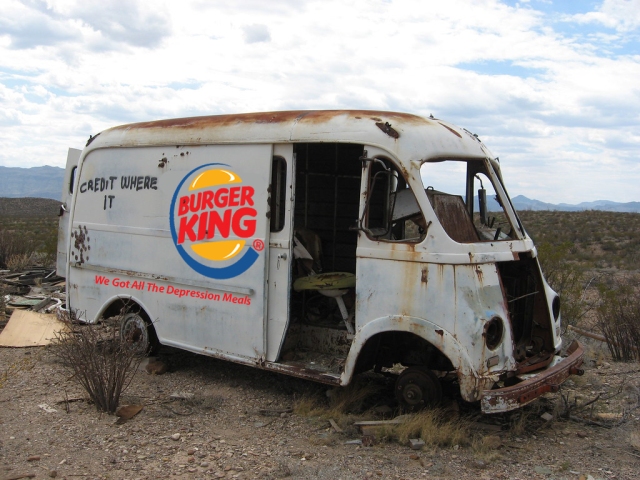 But perhaps the most volatile and powerful of the second round of Real Meals is the vaunted Horny Meal. The meal consists of a Double-Whopper with a Special Sauce (Taste test determined that it was KC Masterpiece Honey Barbecue right from the bottle), Onion Rings with a few fries thrown in there, and a 24-oz Miller High Life on ice. Upon finishing the meal, I blacked out in the front seat of my Hyundai for about five minutes and astral projected into this video. Upon waking up, I ejaculated for 37 straight seconds, absolutely ruining a good pair of 1993 Charlotte Hornets basketball shorts. From then on, the rest of my day was ruined as well. Upon every attractive person I passed, my eyes and tongue popped out of my skull as an “AWOOOGA” noise played and I had to roll my tongue back up into my mouth and place it back how it was, which took like eight minutes each time that it happened. In one case, a crafty rabbit dressed up as a sexy lady beckoning me to come kiss her, but when I did, I stepped back for a moment to see that the sexy lady was actually a pile of sticks of dynamite, which exploded in my face, leading me to hold up a sign that said “Uh Oh” and look forlornly towards a camera.

I am still wearing the basketball shorts. If your reading this piece somehow endeared me to you, then by all means feel free to support me elsewhere on The Post Hole, the Tweet Hole, and my Ko-Fi