An Economy Genius’ Five Steps to Budgeting for Fall 2019

Summer’s coming to a close, folks! You know what that means… It’s time to recoup the losses from your vacations and multiple treat yo self days and get back to saving up for the next time you have some sweet respite from the job you hate to death. Luckily, we have a certified economy genius here with a few quick and easy tips to keep you in the black as the leaves turn red(ish brown). 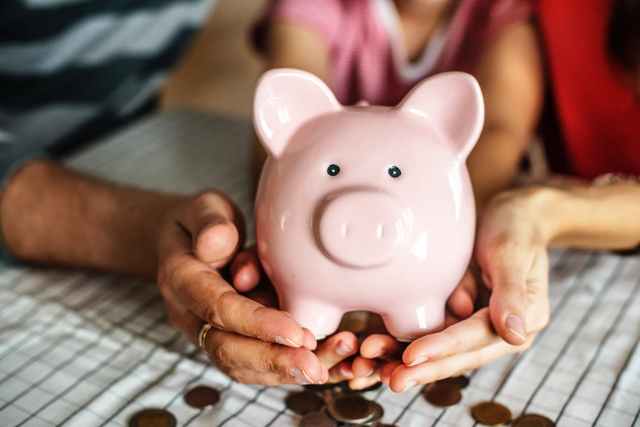 Shoplifting is an interesting economic technique steeped in a legal grey area. By definition, shoplifting is the “unnoticed theft of goods from an open retail establishment”. However, in another light, it’s a simple economic trick to get the goods you desire without having to pay for them. GENERALLY, stores frown upon this technique, as they don’t receive the compensation for the items shoplifted. HOWEVER, if you are able to exit the place of business, they will not have the opportunity to enact that irritation at you, the shoplifter.

There are a series of techniques one can use when collecting equity from Wal-Mart. I chose Wal-Mart as the ideal site of the technique because they have no dedicated loss prevention people in the store, generally rely on small-town police forces as pseudo-security, and don’t really care if you take something anyway. With this in mind, consider these tricks to maximize your budgeting proficiency:

At this point, you’ve likely accumulated many assets in the form of objects (electronics, small appliances, furniture, lamps). These objects have multiple value levels to you. They have value as equity (you can use them for yourself if you want) and as potential liquidatable assets which can lead to monetary gain. For example, say you’ve collected a Sony PlayStation 4 from Wal-Mart as equity. You could, if desired, spend a lot of time playing Fortnite on said Sony PlayStation 4, which is an entirely valuable endeavor. However, you could also sell the aforementioned Sony PlayStation 4 online for somewhere in the range of 300 dollars if you do it right.

With a little quick math there, you’ve made 300 dollars! Do that a few times and you can have even more! You don’t even need to sacrifice Fortnite, as you can play it for free on your phone.

So, now you have 300 dollars. Those 300 dollars can become equity (save it) or they can be reinvested for further financial capital. Its been said many a time, but you might need to lose a little bit of money in order to make a lot bit more. The 300 dollars (or however much liquid asset you have if you’ve already finished and repeated step two a few times) can augment your equity collection skills. Here are a few simple reinvestment strategies:

Unfortunately, it is possible to be banned from a Wal-Mart. However, the security detail guarding the front door of most Wal-Marts is, on average, a 65 year old woman. Unless they are particularly long-tenured employees (a rarity at Wal-Mart, an establishment which generally hates its employees and treats them as one of those white dudes with the fuzzy hats from that VH1 show treats women), the Wal-Mart greeter generally has very little loyalty to the store for which they work. The average 65 year old Wal-Mart greeter can succumb to what’s called ‘selective blindness’ for payments generally topping out at $35 per month.

Once you have an in with one greeter, that store can become a much easier destination for equity collection. This technique, gaining connections with store staff in order to reduce the amount of hassle you receive while gaining equity, can pay back in dividends. Effectively, by bringing four or five people (greeters, floor staff, shelf-stock people, Kyle from the deli, et cetera) into the fold, you can create a strong network to prop up your equity collection business.

After a while, the Wal-Mart equity collection game might seem to peak for you. Unfortunately, Wal-Mart only sells so much, and the highest level Wal-Mart items (Sony PlayStation 4s, et cetera) tend to top out in value somewhere around 300 dollars. This is the value of having a network, however. Many of the people you make loyal to you (greeters, floor staff, shelf-stock people, Kyle from the deli, et cetera) will be working multiple jobs. As I’ve stated before, Wal-Mart pays its employees very poorly, and you can use this to your advantage.

That’s diversification. One day you begin ‘shoplifting from Wal-Mart’, the next you’re getting free cases of Sam Adams Boston Lager, and the next, you’re insuring a polling place to make sure a well-connected individual becomes a city councilor. That’s Capitalism, baby! And all you gotta do is take a couple of LG Sound Bars, weigh them at self-checkout as if they’re bananas, and resell them on eBay at a markup. The rest?