This is an expansion on Mike’s take on juice boxes in the latest Topical Solve. We, as a people, live our lives box to box. This is my theory: 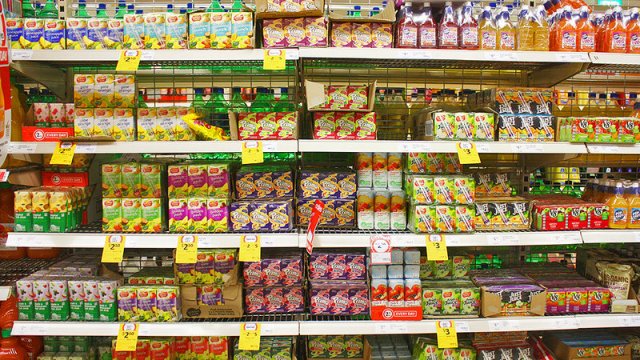 We begin as babys suckling at the teat. Soon, the teat is replaced with the synthetic nipple of the bottle of formula once the mom gets tired of a baby suckling at her teat I assume. I don’t know I’ve never been a mom and I was a baby last time that I was suckling at a teat so my memory of the experience is foggy. Anyways we move from Teat to Bottle in infancy, in toddlerhood we stick mostly with the bottle (the “Bahbah” as developing young voices tend to call it).

It is at this point when the key turnover happens. At some time you abandon the bottle of formula and are handed the humble box of juice. Juicy Juice, Motts, Minute Maid, Tree Top, Sam’s Club brand, boxes of that nature. The teat gives way to the plastic straw, jabbed through the thin foil lining of the top of the box.

The box of juice reigns supreme for years. The box of juice has such sway with the Toddler to Young Child (ages 2-6) eras that even other significant drinks such as milk must conform to the box tradition in order to retain relevance. At this point, other forms of juice containment pale in relation to the box.

When the child hits elementary school status, they’re introduced to new forms – the carton, a play on the familiar box sans straw. The pouch, a box reimagined as a thinner more flexible foil thing. Even the bottle, th surrogate teat, makes its reappearance via the Kool Aid Burst, a product bottle-like in nature, but informal enough to retain the playfully low-stakes that juice deserves and I believe desires in some senses.

Yet, at some point in the elementary school days, the box’s reign is challenged and quickly, quickly felled by the satisfying crack of a can. That’s right, I’m talkin’ soda, baby. Coke, Pepsi, RC, those sorts of things, Sierra Mist, you’re familiar with the product. The first sip of a soda as a child completely diminishes the value of a box. Soon the child sees the humble, unquestioning box of apple juice next to the powerful, enticing can of Mount & Dew and they’re hooked. They’ll never get back to the box.

The box is diminished. The box’s reign ends as quickly as it began.

The can gives some of its power to the bottle at a certain point – but it’s not the bottle of our infancy. Short of the 20 ounce tall ribbed gatorade bottle, the nipple is virtually extinguished from our cultural desire, replaced by wide-mouth openings and squeeze nozzles. As one ages from childhood to adolescence, phrases such as “Ginseng & Guarana”, “Monster BFC” and “Arnold Palmer” begin to have meaning beyond what could’ve been understood as a child.

Then aging continues. The bottles turn from plastic to glass. The cans grow in size, the familiar twelve ouncer doubles and size and takes on a new moniker: Tall Boy. The bottle and can reign supreme for years throughout the twenties and thirties. Bottles of wine are sabred, cans of brewski are shotgunned. History’s ultimate can, the Heineken Mini-Keg, becomes a commonality. The world seems clear. The box seems like a distant memory.

And yet… As we age into our collective forties, we gain a new outlook. Cases of beer begin to feel juvenile. Bottles of wine too unwieldy. Collectively, for entertaining, for personal use, for general versatility, we search for a new container for adult beverage use. Where do we end? 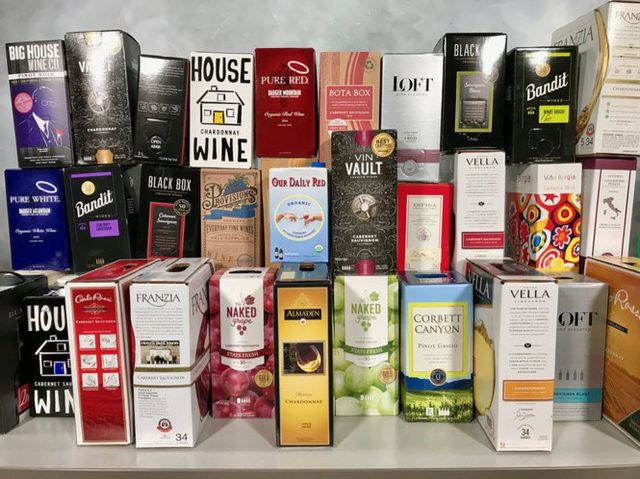 The Box. Once again, the box. Gone is the straw and introduced is the nozzle. Juicy Juice and Mott’s give way to Franzia, Bota, and Fred Meyer. The box, one a source of hydration and flavor for a thirsty young child in preschool snacktime becomes a source of intoxication and flavor for a thirsty old soul during weekend playtime. The Box regains its aura, retains its power, and we return to suckle at its metaphorical teat.

This is who we are as people. We start with box, we end with box, and we live lives between them. This is the box-to-box theory.

follow @TopicalSolve and @joebush_joebush on da web. also there’s the tumblr and ko-fi