First of all – Here are the characters that we know now will be in the film: Hans Solo, Fins, Jedi, the cat-bear thing that goes like “ahhhhh” sometimes but everyone seems to understand him, small robot, can robot, Tin Man, Dash Rendar from the N64 game, White Power Ranger, Dark Vader, Gray Dark Vader, George.

But here are a few things you didn’t know you’d be seeing this Thursday night:

Luke Skywalker will return – Luke Skywalkman, the guy from the original movies, will return. He’ll be slightly older than he used to be and also portrayed by Freddy Prinze Jr. for a few scenes for an unknown reason.

Fins will make a fifteen minute soliloquy about the smell of a lightsaber cutting through flesh – According to the script, the first time that he cuts a man open with the lightsaber, “his eyes get real real big” and “he turns to his friend who sorta looks like Vanessa Carlton and says ‘I never thought I’d be able to get over the act of killing a man, but I did that fine. I never imagined the smell, though. Never could have.” he goes on for roughly fifteen minutes according to the script “You don’t wake up and expect to smell that” he says around 6 minutes in “You don’t expect it to smell so similar to so many things and yet so, so unsettlingly different.”

Your Dad’s gonna make a joke like “Was The Force Asleep?” – Lucasfilm walked right into this, no excuse, guys. You can’t set him up like that 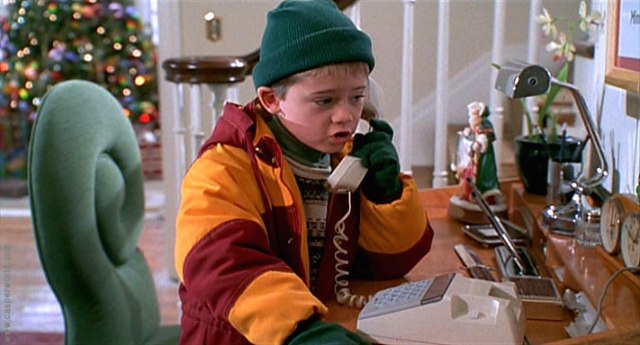 The kid who played “Anakin Skywalkman” does not reprise his role in this film though many thought he would. Here he is in The Phantom Menace

Will Smith will make a cameo – At around the 45 minute mark, there’s a hard jump cut to the scene in Fresh Prince where Will’s dad comes back for an episode and then goes back to Maine without him and Will starts crying, saying “There ain’t one damn thing he can tell me about how to raise my kids!” At the end of the scene, when Phil and Will embrace, there’s another hard jump cut back into a space dogfight.

The little Bear things? From the forest part of Return of the Jedi? Yeah, they’re there too – I know you hated them but at about the 36 minute mark, Hans “turns around and sees the little bear things, named like, lil’bears or bearlets or something, you remember them, they were in the sixth film in the Star Wars series. Well they’re here. and Hans sees them and he’s like “oh, no, not again,” then looks at the camera like Jim from The Office”

The film also answers the question we’ve all been asking with “yeah, no, this film is set in Glamis, California. Fins gets on an ATV and does some sick jumps after this”

There is a 26-minute sex scene about an hour and a half in – It seems out of place to me personally, and my script says that it “doesn’t even border on pornography – We’re gonna see what we can get away with” I haven’t seen what the MPAA rating is on this movie actually

They explain how Dark Vader pees – I personally wanted to know this and it is explained. It goes right down the legs to the shoes and is slowly sopped out through the soles throughout the day. Someone calls him “peefeet” at some point to confirm this.

Several musical cameos – Around 12 minutes in, Hans turns to Luke and says “My god, Luke, is that The Mighty Mighty Bosstones? and Big Bad Voodoo Daddy? I guess we came to the Cantina on a good night!” and they duet on a cover of Goldfinger’s “Superman” mixed with the Cantina theme remix from the 2004 rereleases what with the CG and all.

Product Placement is Everywhere – From about an hour and two minutes in, Tin Man says “Oh my, R2-D2, I’m just loving my Smothered, Capped, and Topped Cheese Omelet from Waffle House!” and two hours and seven minutes in, Luke says “My God – Fins and Jedi, I need the smooth taste of Coors Light to quench my thirst and save me from this certain death.” Dark Vader then comes down from his pedestal and hands him a can, which Luke rejects because “The Mountains turn blue when the Beer Gets Cold, and those mountains are not blue” which prompts Fins and Jedi to use “Force Colden.” Fins says “Now, Luke, it’s as Cold as the Rockies and as Refreshing as the Galaxy.” Luke is brought back to life and kills Gray Dark Vader and Darth Maul with one fell swoop.

Sorry for spoiling everything, but with information like this, wouldn’t it be worse to let it go unknown? May the Force Be Ever in Your Favor!

The guy behind JoeBush.net and a lot of other things
View all posts by Joe Bush →
This entry was posted in Uncategorized and tagged Star Wars. Bookmark the permalink.