For decades, milk “chocolate” has been a staple food of the American home. Ever since William H. Hershey invented milk “chocolate,” it has dominated America and taken over the brains of our citizens, parents, and children alike. 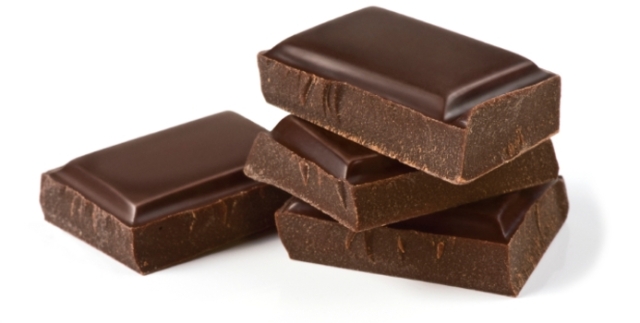 I was once one of those alike. As of last week, I am not. I will only, and I mean only, eat chocolate with more than 50% cocoa content. I will only, and I mean only, eat chocolate bars that I have to pay at least six dollars for. And when it comes to those little packs with all of the little Hershey’s with the Krackel and Mr. Goodbar and the Dark Chocolate ones that get left until the end of the bag, I’ll be eating only the end of the bag. The end of the bag for others is the start of the bag for me. Here are ways that eating only the sweet bitterness (there should really be one easy word for that idea, I’ll think of one at some point) has changed my life around:

1. I will live forever

This might be a big claim, but I really might just never die. If I live forever, and at this point I plan to, I have dark chocolate to thank for it. One only gets to live once, unless you’re me, in which case I’m still only going to get to live once just for a long time, probably forever unless something drastic changes.

2. Language means nothing to me anymore

I was going to say that I know every language thanks to dark chocolate, but that would mean that one can really “know” a language. Language is a construct of humans, of society, not something we’re born into – just like a love of milk “chocolate”. No baby is born eating garbage. No baby is born eating high quality bweeterness (a mix of bitterness and sweetness, alluded to earlier on in this oeuvre), either. You have to decide. No baby is born speaking French, or Italian, they have to make the choice to learn it and survive. This is what I have done. I do not know English, or French, or Japanese anymore, I know everything. Language, communication is all irrelevant, even posting on this “web log” is just me stepping down to your level, reader and eater of milk “chocolate”, in a way I’m sort of mocking you but I’m the only one who understands how.

3. I eat it with coffee sometimes

I hate myself and I need bitterness all the time

It’s good. Well, it’s not, but I’ve hardened my body to believe that it is.

I don’t know if I’ve stated this yet, but I’m somewhere between a mortal and some sort of mortal that cannot die

5. I will be starting at Strong Safety for the New York Jets this weekend

On a 60%-87% cocoa based diet, I have found myself more agile, with greater immediate acceleration than 60-87% of the populace, and better at watching the eyes of that harlot Ryan Tannehill of the insatiable Miami Dolphins. The greedy hogs from The Southern Most Beach will face my wrath as I utilize perfect Zone Coverage and Double Coverage and Delayed Blitzes to turn the Dolphins into Harlequins, and by Harlequins I mean losers upon the Field of Game. I am an athlete, the likes of which I, the Jets, or the Unsalvageable Dolphins have ever seen, and the world of Almond Joy enjoying, Reese’s Peanut Butter Cup munching, Skittle eating, Vegetable eating, Raw Beef Eating krum-bums will Face My Wrath.

6. I have acquired a taste for everything

There is nothing I do not taste. Nothing i do not love slamming down my throat. Except for Milk “chocolate”, that is. Get that shit out of my face from now until forever. But, yeah – Diet Mountain Dew? Done. Lutefisk? No Problem. PepsiCoffee, the drink which is fifty percent pepsi and fifty percent coffee? Don’t even ask, I drink that shit down, boys.