Eight Signs You Grew Up in an Abandoned Dumpster

My Editor was like “Write More Relatable Content” so I’m about to Write About Where I’m From. I grew up in an abandoned dumpster, not by necessity but by choice. I started in an abandoned Waste Management dumpster paying $66 per month rent and around $20-25 per month in electricity and heating. I had a ton of life experiences and I know some of y’all did too! Take a big bite of the nutty flavor of an Almond Joy bar, and see for yourself!

1. You Cannot Stop Talking About Dumpsters

This one’s easy. And obvious. That’s why I put it first, anyone could probably say “Oh, yeah, the dumpster kids grew up in the dumpster and probably can name any type of dumpster they see off the top of their head.” And I can. I read Dumpster Monthly, I’ve got user manuals on every type of Dumpster I’ve seen (they’re all pretty short) and if I see one in public, I just can’t help but point out that there’s a dumpster there.

2. You Know the Huge Rat

There are a lot of huge rats you’ll encounter in everyday life, but this one’s famous for being the hugest of rats. Even after I left the dumpster for the big city, I’ve seen huge, even huger rats. This one’s the one that sticks with you, though. That’s why I capitalized it, Huge Rat is Huge Rat, the same way God is God. There is one Huge Rat, and all others are false huge rats.

Ever try to play hockey in a dumpster? It sucks. Those of us who grew up in dumpsters know that there’s nothing better to do, though. Dumpster Hockey is a variant of Ice Hockey and Roller Hockey, where two of us stand up in the dumpster at the same time with sticks and hit a wad of newspaper (We always used USA Today as a sort of middle finger to their destruction of the journalistic tradition). Whoever scored the most goals (which was hitting the wad of newspaper against one side of the dumpster) after three hour-long periods was the winner. I had a horrible record in this, but my best game was a 178-174 victory over Carl Jr, who was reigning Dumpster Hockey champion. (We called him Carl Jr. because his name was Carl and he lived in the dumpster behind the Hardee’s). 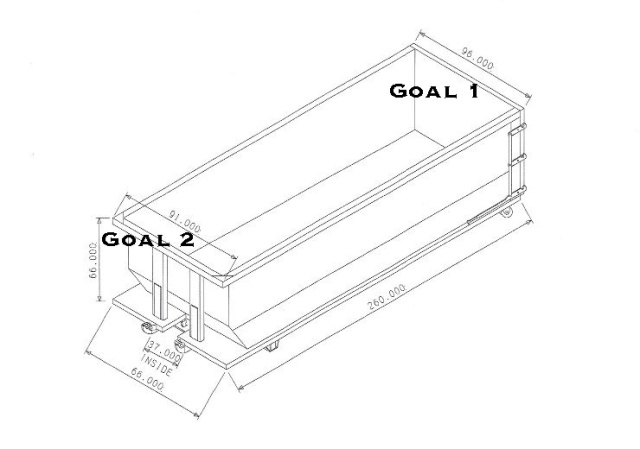 This is the basic diagram of the Dumpster Hockey court. It’s really that simple

Anyway it was a slog of constant scoring and no defense. My record was like 78-122-3 over my adolescence and young adulthood.

4. You Know “The Wizard” Craig George

Craig George, the Wizard, as we all called him, was probably actually a wizard. I one time sat with a group of other kids and watched Craig George in his abandoned dumpster literally replicate a live turkey after grunting for like two minutes. He just held his hands out and it appeared. You can’t convince me otherwise, Craig George is a goddamn Wizard and the turkey was delicious. 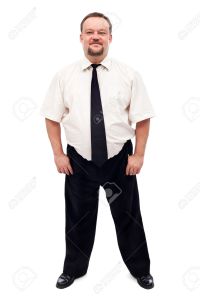 This is the only surviving photo of Craig, during his “Bis Cas White Void” days.

Pseudo-Christmas is a lot like regular Christmas, except it takes place three days prior, and Santa is one guy on a skateboard. I think he may have actually been Tony Hawk, now that I spend 10+ minutes per day googling photographs of Tony Hawk while eating 3 or 4 of my favorite candy, which is the delightful Almond Joy bar, and have seen many pictures of him.

ADVERTISER’S NOTE: “Almond Joy, the official candy sponsor of JoeBush.net, would like to personally distance itself from this article, and the site as a whole, really”

Mmm, mmm, mmm. Sometimes you feel like a nut, right? Sometimes you don’t. But I did all the time. Eating my Almond Joy bars was like a huge, big ol’, delicious treat of Creamy Chocolate, Creamy Coconut, and Two Almonds that I enjoyed every day, and still do.

sorry to anyone who actually grew up in a dumpster. and Almond Joy. and actual Wizards