What is America’s BEST College Bar?

A lot of people tell me – “Joe, you seem like the type of guy who would drive around to different towns just to visit where the Freshmen can get in and down a pint or two!” And you’d be right, sadly. I’ve spent the last three years traveling the United States in search of America’s best College Bar. My criteria are simple – The music has to be pumping, the kids must be jumping, and the teams must be at the heart of the bar’s atmosphere. I’ve found that all of these bars PERFECTLY exemplify that. Maybe your old haunt will turn up on the list – and if it doesn’t, let me know about it and you may see me there at 2:30 in the morning halfway through a sixth bottle of Rolling Rock while playing Wario Land 4 on a Modified Game Boy Advance. I will also be crying, but don’t let that throw you. 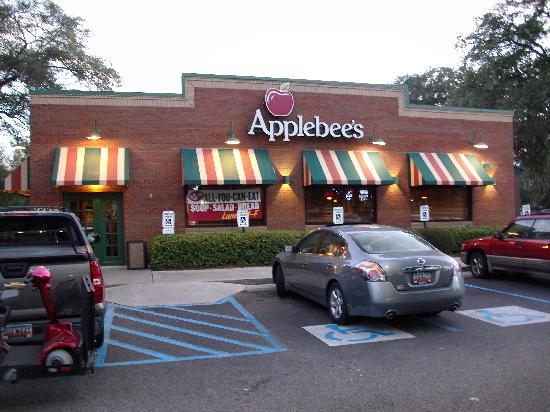 Aggies love hitting this local bar for a drink after every cult ceremony where, like, they grunt real loud for an hour before every football game. Gig Down on a Black n Bleu Burger with a big glass of Doctor Pepper, or perhaps One Beer! Just be in bed by like 9 PM if you’re in that military thing!

This Bar has a Fan Zone, which is where Fans of a Team Go

This is the hot spot where all the Volunteers, which is such a vague mascot that it could really mean anything, so I’m hopin’ it’s not like they volunteered to kill somebody or something. This is the local joint for getting your spirit and soda on in the Knox, where you’ll cheer on the Vols, who are represented by a dog, I guess, and support former Tennessee senator Al Gore in his quest for the 2020 United States Presidency. Rock That Top, Vols! 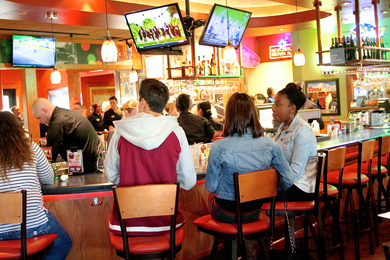 The hottest local jump in Gator Country, you’ll be eatin’ good in the swamp! Chomp down the Wonton Chicken Tacos and watch the Gators chomp down on their rival Bulldogs, which implies that they’re eating a dog, which is gross.

This is the hot spot in the Big Apple! All the CUNY undergrads get turnt up at the ‘bees in Times Square. Who could forget when the Manhattan Jaspers dunked all over the rival Iona Gaels in 2013 and “Horrible Tony”, a junior Morse Code major, pounded a full pint of Stella Artois while standing on a chair in front of a framed Tiki Barber jersey.

This is the local hot spot in the Small Apple! It’s called the small apple because Kansas is hit by constant drought and the apple crop produced in Manhattan is full of just tiny little cute little apples. The one “Apple” that’s not small in the Small Apple is the Applebee’s, which is the largest building in town, and was where, in 2008, Ron Prince took off his shirt and poured an entire bowl of Potato Skin Soup down his rich, fully formed torso. He was fired three days later.

Should’ve brought it to every game, Ron.

Go Bruins! Who can forget when UCLA’s famed “Mikeyboy” Dawson cried for three hours at a booth over a photo of a friend from high school? The specials here are shrimp and no ice cream sodas. There’s a ring toss setup in the back, but please do not touch it. The closet is locked.

They actually Handcraft their Beverage Bliss at this bar!

The name might sound weird, but you’ll never forget heading down to Applebee’s Bar on Sixth Street to Have it Your Way! Get yourself a Whopperito and a big plate of Satisfries to Rock and Chalk the night away! This is where the Jayhawks party down and watch both of the field goals kicked by Senior Placekicker Matthew Wyman to Beat the Texas Longhorns Football Club by the score of 24 to 21 on November 19th of 2016.

This bar is undeniably cursed and haunted by multiple spirits or ghosts. It has been condemned many times but we will Continue to Eat Good in the Neighborhood until We Cannot Any Longer. 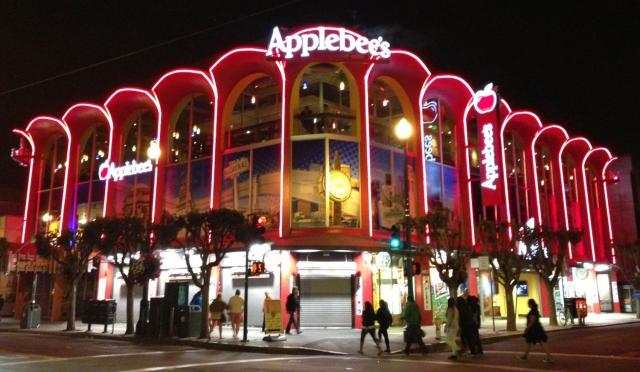 O-H! This local dive’s only getting on the list because it is, allegedly, the place where Pulitzer Prize winner and Buckeye Alumnus R.L. Stine had his first idea for a “Goosebumps” book. It was originally entitled “Craig the Asshole Waiter”, and it was about a poltergeist who kills a bar and grill waiter after he spills a bottle of Yuengling upon an aspiring young writer. I-O! 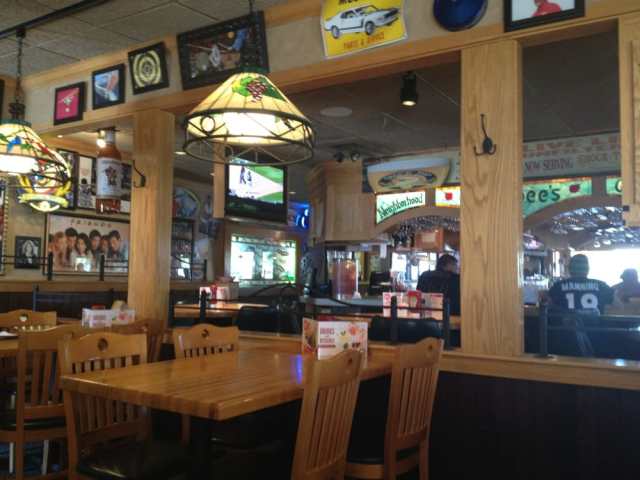 I admit it, I’m a homer, but you’ll never forget your first trip to Applebee’s: The Bar and Grill, as a Jayhawk Freshman. Hop down Iowa Street to find this local bar, and if you hit the Vape Shop, you’ve gone too far. This bar was famous for an incident during which a local websiteur got in a fight with Load Bearing Beam during the Kansas-Rutgers game in 2015. His hands and his mind have never recovered, and he is still not allowed back in. Rutgers won this game 27-14 Go Jayhawks. As we always sing:

Rocky Chalk, You Will Always Be, Home Sweet Home to Me!

The guy behind JoeBush.net and a lot of other things
View all posts by Joe Bush →
This entry was posted in Uncategorized and tagged alcoholism, chronic alcoholism. Bookmark the permalink.