The Compendium of Joe’s Bad Opinions on Music

My daughters and sons – Welcome to Bad Opinion Week.

I think about a lot of things a lot. Probably all of the time, to be honest. I can’t think of a time when I wasn’t thinking about something.
Now, despite all of the time that I spend thinking about things, I know just about nothing about anything. In fact, here’s a list of things I think I know a lot about:
Early ‘90s British Old-Skool Rave Music
Olathe, Kansas
The Sega 32X Library
Where the Carl’s Jr/Hardee’s line is generally drawn
Medal winners at the 2002 Summer X Games
The lyrics to “Possibly Maybe” by Bjork
Malcolm Gladwell wrote a book that I read one time, and in that book, he said you had to spend like a million hours doing something to consider yourself an expert in the subject. I don’t have like a million hours, as I’m a busy man who writes jokes. Most of these conclusions are drawn after like twelve minutes of solid thought and a good, thorough scan of a wikipedia article, but they will still be presented here, as there is no editor or middle-man or woman between whom I need to pass my writing before it is published.
Each weekday in this here week in mid-July will have one post dedicated to a subject upon which I have very wrong opinions. The subjects are these:
MONDAY – MUSIC
TUESDAY – SPORT
WEDNESDAY – VIDEO GAME
THURSDAY – FILM, THINGS FILMED
FRIDAY – LIFE, WHATNOT
Today is dedicated to music. I consider my musical criticism ability to be the lowest of any of my criticism abilities. Were this a game of The Sims, and my musical criticism skill level were to be applied to my cooking skill, my house would burn down in minutes and I’d scream unintelligibly while waving one hand in the air to an uncaring god. But that’s why I’ve quarantined this sort of thing to this week. You, the reader, are only going to have to read about this once, and never again. So let’s start with an easy one that only I care about:

Cathy Dennis should have been more popular as a solo artist

Cathy’s first album, “Move To This”, is a classic work of early nineties pop music, any track off of that album works as a representation of the best of that era’s music. I heard Come on and Get My Love in a Forever XXI last week, and I stayed in there for the duration of the song, pretending to be interested in pants with more zips than necessary for way longer than I would’ve otherwise. You can just put this album on in any store and I guarantee that your business will at least keep customers in the store for longer than otherwise, as long as the customers are me.
I know not why Cathy’s popularity is mostly trapped within Move to This, but the momentum that cam from the best songs on that album should’ve launched her into top-tier stardom. Unfortunately, she also made her best album in 1990, about two years before music went towards grunge rock and gangster rap and away from the particular brand of sort of house, sort of electronic pop music.
She’s fine now, obviously, and she’s to be thanked for Toxic by Britney Spears, so her legacy will never truly fade.

The Backstreet Boys staying together ultimately made their legacy superior to N*SYNC’s, though it tanked their immediate fame during the tail end of the boy band boom of the early ‘00s

When one talks about the Boy Band Renaissance of, like, 1998 to 2001, the band that almost always comes up first is the Backstreet Boys, despite N*SYNC’s level of fame being higher during the era.
Of course, now, the lead N*SYNC guy, Justin Trudeau or whatever, is significantly more popular and recognizable than the rest of the Backstreet Boys, who by this point must all be men. But, still, when considering the fame economy of the boy band era, keep in mind the main characteristic of each member of both bands in retrospect. N*SYNC looks like this: 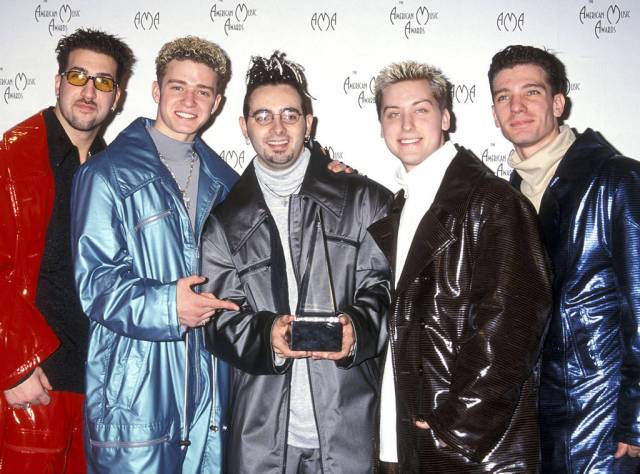 Regardless of what they look like, it’s bound to be very sheer.

Joey Fatone: Last name somehow the biggest burn on him of all time, also I think he hosted The Singing Bee??
Justin Timberland: Multimillionaire, globally famous superstar who can be the coolest guy in the room no matter where he goes, has a sense of humor, can act well, is friends with Jay-Z, did the song with Timbaland and Nelly Furtado where they spent three minutes talking shit on Scott Storch
Chris Kirkpatrick: Rare example of three first names
Lance Bass: Tried to go to space, also his name works as a description of the career of a fisherman
JC Chasez: Performed a song about teeth brushing for a children’s TV show that has undeniably outlasted the rest of his career
In comparison, the Backstreet Boys look like this: 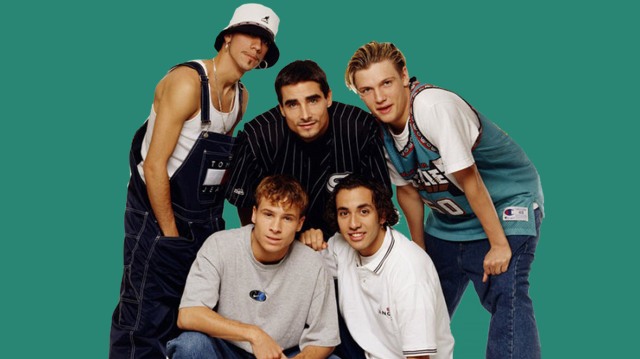 The first Weezer album is the only one I like anymore

The A-Trak version in particular. Just imagine that at like a big football game or something.

Toy Soldiers by Martika is the best song of the eighties

This is wrong, I just discovered as I was writing this. Come on and Get My Love by D-Mob Introducing Cathy Dennis is the best song of the eighties.

I Want You Back has, somehow, replaced ABC as the chief song in Jackson 5 history

-I’ll never really understand how this happened. ABC used to be the go-to Jackson 5 song, but sometime in the past few years, there’s been a resurgence in I Want You Back’s airplay and general use in day to day life. This keeps happening to ol’ Mikey, somehow. Thriller, the album, is more associated with the Thriller, the song than Beat It, the most popular song off of that album during that era. Bad, the album,is now more associated with Smooth Criminal than Bad, the song, despite Smooth Criminal’s relative lack of success during that era.
Thriller came back because of the video, Smooth Criminal came back probably because of Alien Ant Farm, and I Want You Back came back because it’s an incredible composition in the history of popular music, really a flawless track that exemplified everything that the young Michael Jackson could do.

With that salient point based entirely on hearsay and nothing else, the first day of Bad Opinions Week has ended. Tomorrow, I’ll be right back at it, talking about… like… Sports, I guess. So stay tuned for that if you want to read me making an ass of myself talking about Major League Soccer.