“Old Fieldhousey,” as it’s called, can get rowdy, wild, and even rambunctious, but one thing it’s definitely going to get is chaotic. A lot of people pack into this old house and yell really loud every now and then, and boy do you hear it. At Big XII Basketball Media Day this week, several Big XII coaches weighed in on their toughest experiences at the Fieldhouse. 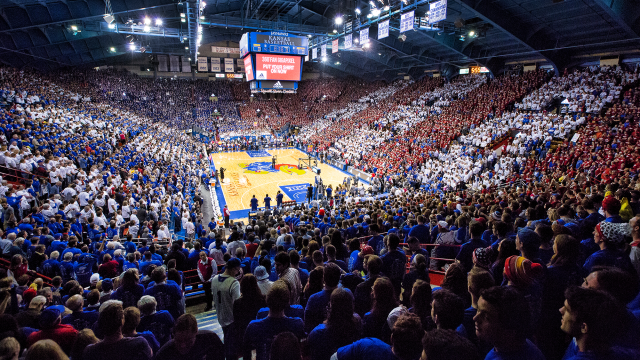 “I’m no stranger to a tough environment, but, man, does it get rowdy in there. Two years ago, it got so loud that one of my players burst an eardrum and spent most of the second half writhing in pain, begging for some silence and solace to aid his ringing eardrum. The Kansas fans would not oblige, screaming even louder and louder as the clock ticked down and blood ran from his ears. The paramedics staff had to take him out of the stadium and let him writhe for a while before he could come back in the game.”

“There’s been an angry wasp nest in the away locker room since like 1998 and every time we come in that’s in the back of your mind, like, even once the game starts – “I’m gonna have to be around the wasp nest for halftime, and after the game, too” – It really psyches you out, you have to be in a good head space to play basketball and that wasp nest just gets to some guys.” 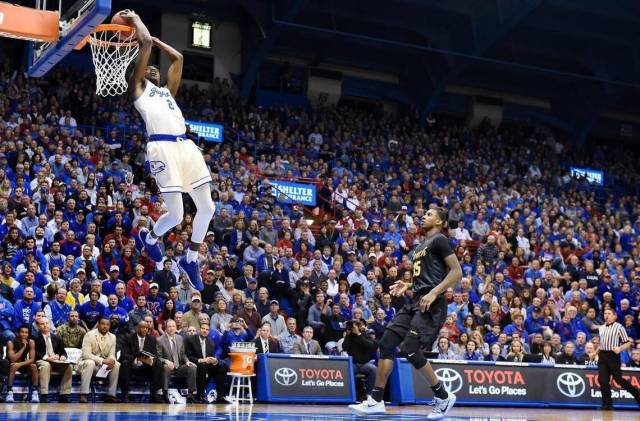 “It’s common practice in college basketball that the stadium staff sets up all these Gatorade cups behind the bench before the game in case someone gets dehydrated. Somebody does, anyway, I don’t. Anyway, every year I’ve been there, there’s been one cup just full of human blood. I don’t know who puts it there, or where they get the blood from, but it’s not Gatorade. That’s an intimidation factor, not knowing whether I’m gonna get the Lemon-Lime Rush or the Human Blood with the next cup.”

“It was 2013, the whole crowd chanted something – a spell or an incantation, I guess – in Latin when my power forward was shooting a free throw. He missed it, badly, and he never made another shot again. He just couldn’t, the rest of his career was just missed shot after missed shot. He had to leave the game entirely – hell, he had to leave society entirely – he works as a lumberjack now and doesn’t have a phone.”

“I was visited the ghost of every man I had ever wronged in the visitor’s locker room before a game and they cursed me and my entire team. We lost by eighteen.”

“The crowd’s tough, but I swear to god, that video board team does a fantastic job of getting them pumped up. Somehow, back during 2015, they found footage of my wedding, my first grade class play, my failed interview that got me rejected from medical school, my failure at the 1964 West Virginia State Spelling Bee, and the security video of me shoplifting two hot dogs and a bottle of NyQuil from a Safeway in Hayward, California in 2004, and they cut it all together. Then they synced it up to this crazy song, I couldn’t totally make it out, but I think it was the newspaper article written regarding my birth remixed with a Bob Sinclar track, I think it was “Iche Rocke”. Their whole crowd was jumping all crazy, screaming and making noise while the loudspeakers played that out, ‘Robert Huggins was born without complication at 5:33 AM on September 21st.’ Man, that was nuts.”

The guy behind JoeBush.net and a lot of other things
View all posts by Joe Bush →
This entry was posted in KUpostin', Uncategorized. Bookmark the permalink.