Spider Man had nobody for dinner tonight. 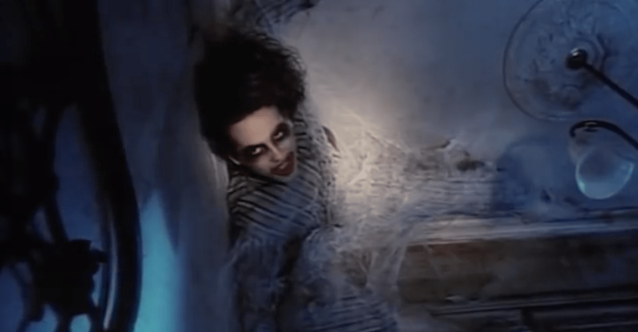 Spider-Man: Enter the Spider Verse, released today to thunderous applause and probably sales, was… disappointing, to say the least. As we know, I am a fan of comics books movies and love watching them and going to them a whole bunch, and I go to them all of the time, and I watch all of them, and I know all of the characters from all of the comics books, and I love seeing them on the silver screen. “Enter the Spider-Verse” brought all of the Spider-Men together: There’s one that’s a man, there’s a boy one, also, then there’s a girl one, and like several others. I think the skateboarding one from Tony Hawk 2 was in there for a period of time too:

But imagine my surprise as my favorite Spider Man of any universe of Spider Man – the one who haunted Robert Smith’s dreams in The Cure’s 1989 song “Lullaby” – was nowhere to be found. It is unfortunate that Marvel could not embrace that the name of their character, used in one of the best depictions of sleep paralysis in any work of art, and straight up ignored what he means to so many fans of the Cure and I’m sure the comic book guy also.

Sleepy Robert Smith should not stand for this and fans of the comics book man should also be upset, I guess. Also they should’ve put the creepy marching band in there as well but I understand if you don’t have a lot of time. Anyway, if there’s a sequel, I expect to see some fucking Robert Smith vore and if I don’t I’m not going to watch it, unlike with this one which I absolutely watched the whole thing of and was upset by.