BREAK THE BRACKET: 15 Tips to Make Your NCAA Tournament Bracket a Winner 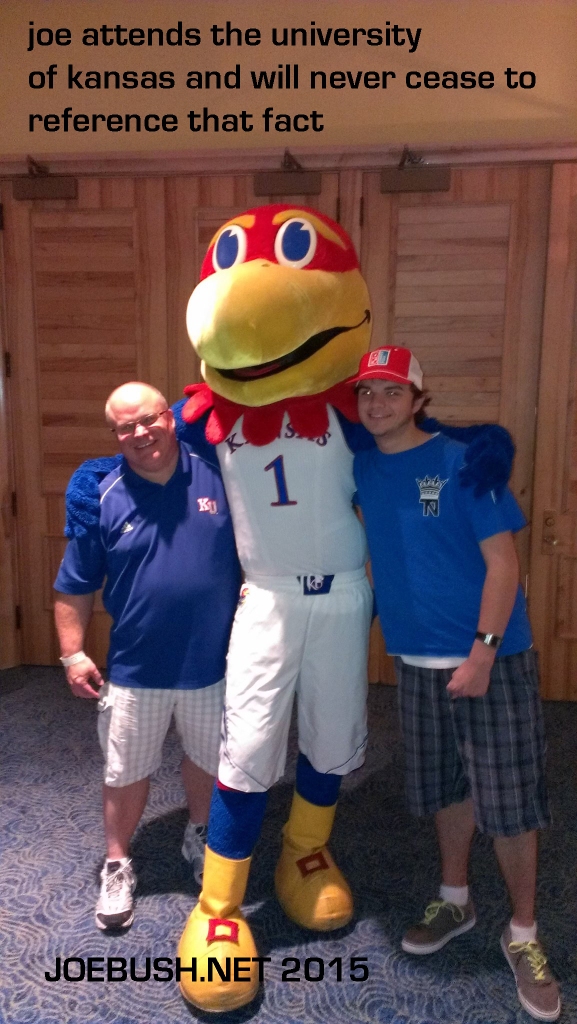 Alright here I am again, talking about the college version of basketball, again. Last year I put a lot of effort into insightful social and political and athletic commentary, so be prepared for more of that. I’m simply going to list a few (exactly fifteen) factors to keep in mind to make sure your NCAA Tournament Bracket takes home whatever office pool you happen to be a part of. These are my fifteen essential tips.

They don’t win. They rarely win. Everyone points to 2010 and 11 Butler and how they kept winning but their best player was a dork who became inexplicably attractive around like 2014, so that’s a fluke. Don’t count on anybody small.

I don’t know what they’re doing here, but get ’em out. Oregon’s like, way too far west to be good at this sport. Take ’em out in the first round. Also, your friend’s dad probably hates (and uses the word hates) them because they wear more than one uniform in a season and that’s… confusing? I guess? I don’t try to understand the logic here.

3. Write the Bracket in Cursive

You can fudge a lot of stuff if you write it in the font that whoever is grading your bracket won’t understand. This is how I made it through 11th grade, I got so many “nice handwriting” points on my papers that people didn’t even notice that I didn’t know what I was talking about. I’d have three times the reader-base if people were obligated to believe that I’m smart because I write in cursive and it’s not just difficult to understand what I’m saying. Certain words, like “Gonzaga” or “FGCU” or “North Carolina” don’t look like they should in cursive and whoever’s running the contest will probably assume you picked right no matter what you wrote down.

4. Only Fill out Your Bracket in a McDonald’s Dining Room

You don’t want any pretense when you fill out your predictions. That’s how you make bad mistakes like “picking Drake to go to the final four”. I’m at a coffee shop right now. I know the other two people in the coffee shop are doing homework, one guy on some crazy Kinesiology textbook and I assume the other guy’s doing something important as well. I’m writing something about basketball on a website I named after myself but since I’m doing it in a coffee shop I feel good about it. If I went to the McDonald’s across the street I’d be less self aware of that fact, and I’d probably feel weird about googling “Gordon Hayward Attractive” in public. Anyway, you might feel smart in your kitchen writing that some mid-major is going to shock Kentucky in the Sweet Sixteen, but once you’re staring down 600 calories worth of french fries, you’ll realize what you’re saying.

Every year I’m like “oh the SEC isn’t a good basketball conference” and then Kentucky and Florida or whoever else ends up in the third round. It’s the best conference, they put the most money into their programs, it’s understandable how it happens, just, pick the SEC, it almost always works.

6. If There’s a Team in the Bracket that Shares a Place with an NBA Team, write the NBA team name

I’ve done this like each of the past five years and nobody cares but I think it’s funny. Miami and Indiana are in it this year so that’s two jokes out of like 46 that I have to write on a bracket that my fifteen year-old cousin is going to see and nobody else. I know he doesn’t think it’s funny.

7. Put out a novelty bracket on your sports blog website

“You know what would be quirky is if we put out like “The NCAA Tournament of Cars” or “The NCAA Tournament of Nintendo GameCube Launch Games” or something like that.” says a writer in a board room somewhere in, like, Boston. They’ll put it out today, the Tuesday Before Everything Actually Goes Down, and you’ll be like “oh that’s cute” and click the Facebook share button. By the way, my final four would be like, Luigi’s Mansion, Wave Race: Blue Storm, Tony Hawk’s Pro Skater 3, and, like, Super Monkey Ball, I guess. 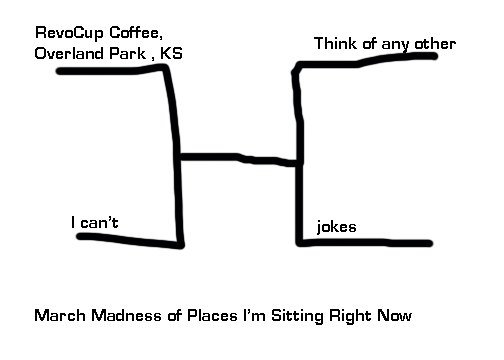 8. Get Prepared to Hear “Send Me On My Way” fifty times

9. Don’t Do Your Bracket in Blood

It’s just not a good idea unless you want a shockingly perfectly accurate bracket and dreams about sacrificing goats from now until the Summer Solstice. You’ll hear a pounding at your bedroom door every morning at 3:00 AM and cracks will start to appear in your ceiling, but, hey, at least you predicted that Lehigh would upset Duke in 2012.

10. Name your ESPN.com Bracket Something Terrible

That way if it’s the one entry that’s still perfect into the elite eight they’ll have to say “i’m bermie????” or “Cal *the emoji for heart* Sheep” fifteen times an hour on SportsCenter and that’ll be really funny

Just, do it. I know we’re supposed to hate them but they win all the time except when they lose in hilarious fashion.

12. DO NOT TRY THE TWO GLASSES OF WATER DIMENSIONAL JUMPING METHOD TO SUCCEED IN YOUR NCAA TOURNAMENT POOL

I tried the glass of water method in 2008 when I wrote “Georgetown” on one glass and “Generally Bad at Basketball” on another and I entered a new dimension wherein Georgetown is bad at basketball and chokes all the time but also the Arby’s by my house closed down and my dad has never had a mustache, I guess.

13. Just get really worked up about everything all the time

Generally this is a good rule of thumb. Let people know that you hate how Florida Gulf Coast celebrates or that you hate Duke/Iowa State/North Carolina/Notre Dame/Kansas/Kentucky/Duke/Michigan/Iowa/Wisconsin/Oregon/Texas Tech/Baylor/Virginia fans (I was about to post all 68 teams there but thought better of it) and everybody’s gotta know about how angry you are that an upset ruined your bracket. This is like complaining about bad drivers or the fact that everything at Walgreen’s costs slightly too much. It’s a very general problem that everyone faces and the main difference between complaining and not complaining about it depends entirely on you.

14. Write the full name of every team in your bracket

It’s “Virginia Commonwealth University” and “Texas Agricultural and Mechanical University”. You’d be surprised how fun this is each year.

What we remember years later from the NCAA tournament are the buzzer-beaters, the Cinderella runs, and the upsets. It’s the beauty of agony and ecstasy (that’s like the fifth cliché I’ve put in this post) and I don’t think you see it in any other major sporting event. However, in the moment, we’re really upset that someone dunked at the last second or that a fanbase said rude things to me on Twitter. When your team inevitably loses, remember that 67 out of 68 of them do each year and you’re lucky to see them on this major stage. “Keep it Classy” is a fancy way to say “I’m upset that my favorite team lost.” This is probably the greatest moment in these athletes’ lives up to this point and they’re going to be excited when they pull off the impossible, and you should be too. This can be the best sports month of the year if you let it be.

The guy behind JoeBush.net and a lot of other things
View all posts by Joe Bush →
This entry was posted in KUpostin', Sportstalkin, Uncategorized and tagged BASKETBALL, NCAA Tournament. Bookmark the permalink.